Members of the London Police Service continue to investigate after a three-vehicle crash in south London sent two people to hospital with non-life-threatening injuries Tuesday night.

According to a press release from the London Police Service (LPS), emergency crews responded to the area of Wellington Road south of Wilkins Street at approximately 5:20 p.m. in relation to a "serious" multi-vehicle collision.

The collision involved three vehicles, and one driver had to be extricated by the London Fire Department, and was later transported by paramedics to hospital.

Police said a 53-year-old driver in one of the vehicles and a 44-year-old male driver of another vehicle remain in hospital “in good condition” and that all injuries are non-life threatening in nature. 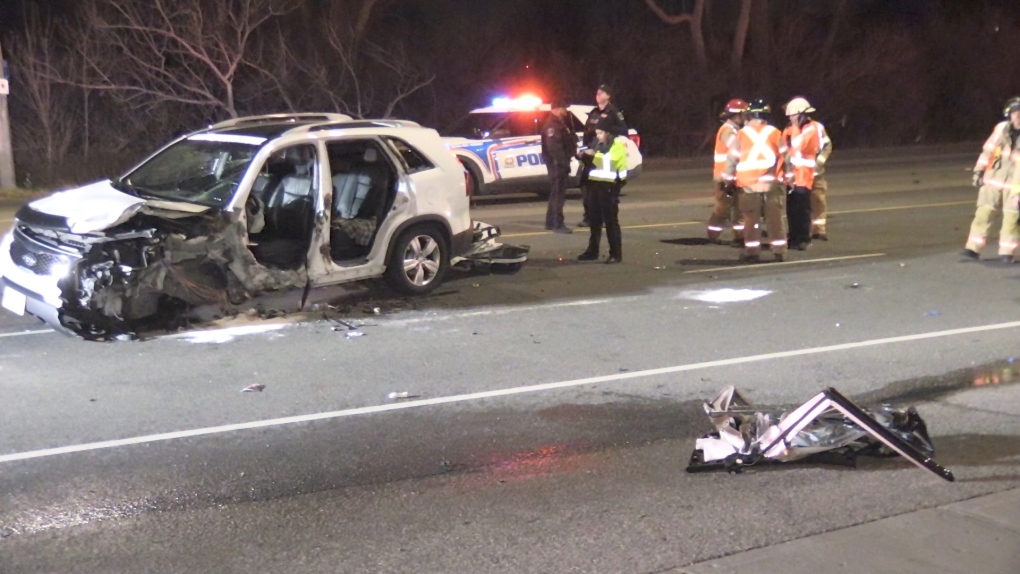 Wellington Road in both directions between Commissioners Road East and Southdale Road East was closed for a few hours while emergency responders attended the scene, but has since been reopened.

Police had asked the public to avoid the area.

The investigation has now been handed over to the LPS Uniformed Division.

The cause of the crash remains unclear.

A gay man issues a court challenge over Canada's policy restricting sperm bank donations, a Quebec woman is surprised to find her stolen car had been used in brazen Ontario robbery, and actor Ryan Reynolds drops by a Toronto college and surprises students. Here's what you need to know to start your day.