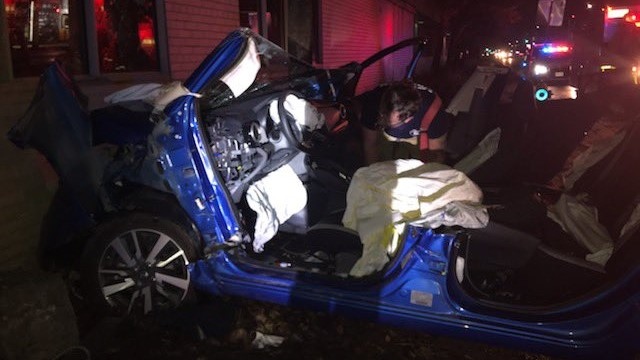 First responders had to extricate a woman injured overnight after her vehicle crashed outside a building near downtown London.

Around 2 a.m. the London Fire Department along with Police and EMS responded to a vehicle that had crashed outside of 745 York Street not far from downtown London and the Western Fair District.

Crews quickly determined that the driver was injured and needed to be extricated.

Photos from the scene show that the roof of the vehicle had to be cut away in order for the driver to be freed.

Once out of the vehicle the driver was treated and taken to hospital with serious but non-life threatening injuries.

Fire crews attended a significant MVC with Extrication at approximately 2am at the corner of York & Glebe. A single occupant was extricated by @LdnOntFire , treated and transported to hospital by @MLPS911 @CityofLdnOnt #ldnont @lpsmediaoffice #teameffort pic.twitter.com/Wjc9mNrbhd

An investigation into the crash is ongoing.

More details re expected to be released later Friday.