LONDON, ONT. -- Golfers are taking a swing at a new report to city council recommending the permanent closure of the city’s River Road Golf Course.

The municipally-owned course did not open last season after Council was warned it would lose an estimated $80,000 and add to city hall’s financial pressures caused by the pandemic.

A new report to council’s Strategic Priorities and Policy Committee (SPPC) reveals the closure actually led to a $315,000 loss.

Frustrated golfers are claiming vindication, and challenging other data used to justify the recommendation to permanently close the course.

“Reopening River Road, they were going to lose about $80,000,” recalls golfer Larry Baird who watched city council debate opening last summer. “At that time it was difficult to push back on that. Now hearing the number is over $300,000 and they didn’t even operate it? It’s embarrassing.”

Managing Director of Parks and Recreation Scott Stafford says the estimate was based on financial results from the previous five years.

“The numbers aren’t quite as simple as $80,000 versus $315,000, but we made the best decision at the time and informed council as best we could,” adds Stafford.

He suggests that hindsight isn’t so simple.

“There were different protocols if we were opening it,” says Stafford. “It’s not as simple as the revenue.”

London’s municipal golf system is facing a $6.14 million infrastructure gap during the next 10 years.

“The reserve fund of $150,000 is tough to maintain going forward,” explains Stafford.

The staff report points to golf’s cyclical popularity including booms in the 1920s, 1960s and 1990s.

It may be too soon to tell if the COVID-19 pandemic has sparked another renaissance.

“Put things off for a couple years,” advises Baird. “Last year was a bumper year according to the documentation that I’ve seen, and the city is currently looking at data that’s a couple years old.” 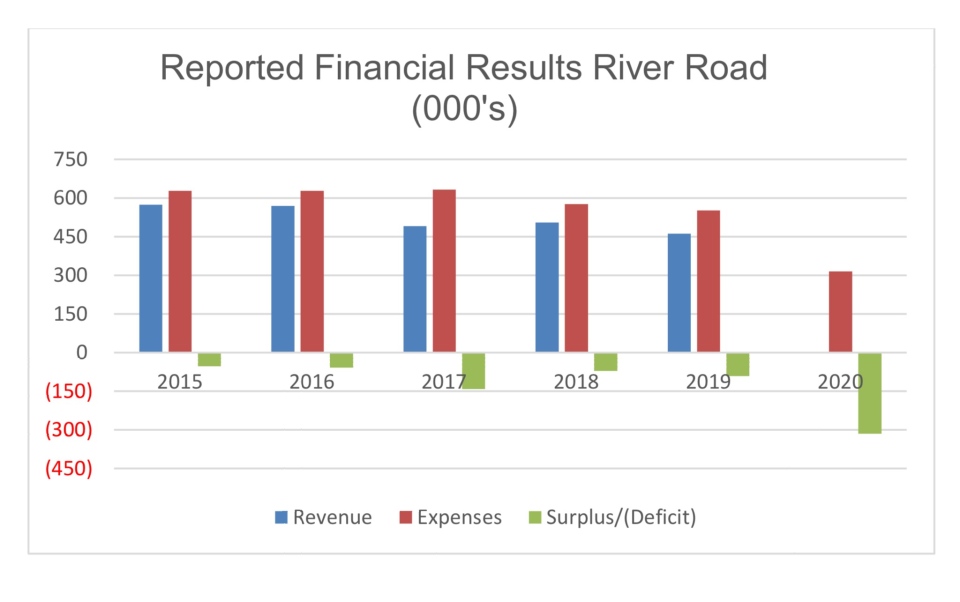 An analysis by audit firm KPMG that recommended closing River Road Golf Course was based on data from 2014 to 2018.

“There certainly will be discussion around demand and the change in demand going forward,” anticipates Stafford. “But we (civic administration) still believe at this point in time, that this (closure) is the best way to keep the other properties sustainable.”

Baird questions how council can trust the new financials any more than the 2020 estimates for River Road.

He argues the solution is the same as last summer, “Open up River Road again and get more people playing golf.”

A virtual public participation meeting will be held on Feb. 16 by the Strategic Priorities and Policy Committee.