Elgin County OPP respond to transport truck in a ditch 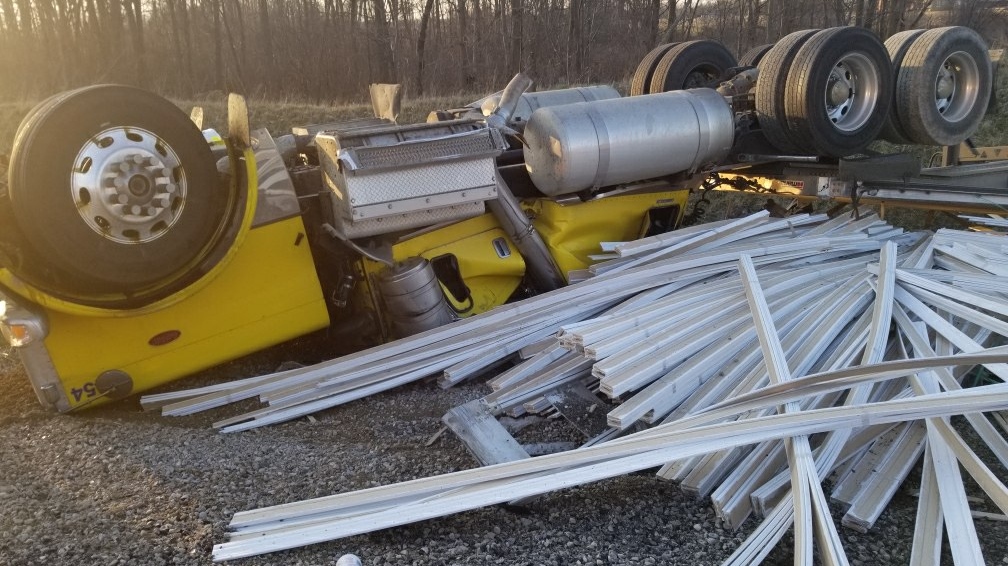 LONDON, ONT. -- Emergency crews were called to the scene of an overturned transport truck in the ditch along Highway 401's westbound lanes west of Colonel Talbot Road  Wednesday evening.

The driver was taken by Ornge air ambluance to hospital with serious injuries. His condition was later updated to stable.

The transport spilled a load of lumber across the shoulder of the highway.

The 401 was reopened after being closed for several hours for the clean-up of a fuel spill associated with the gas tanks of the truck.

Police do not believe weather and road conditions contributed to the collision.