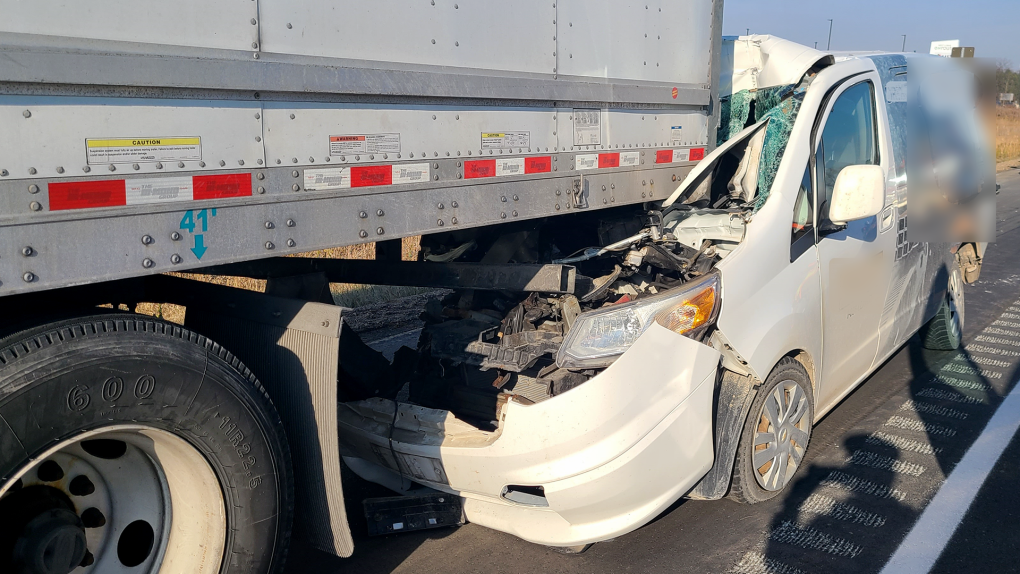 Elgin County OPP are investigating a crash between a van and transport truck that occurred on Highway 401 westbound near West Lorne, Ont. on Nov. 23, 2022. (Source: West Region OPP/Twitter)

It was an extremely close call for the driver of a van travelling on Highway 401 near West Lorne, Ont., following a collision between the van and a transport truck.

According to a tweet from West Region OPP, Elgin County OPP are investigating a collision on Highway 401 westbound near West Lorne on Wednesday afternoon that involved a van and a transport truck.

OPP said the drivers of both the van and transport truck were uninjured in the crash.

Traffic was being diverted through the nearby On Route while emergency crews handled the scene, but the highway has since been reopened.

The cause of the crash is unclear.

Police remind drivers to “Slow Down” and “Pay Attention.”