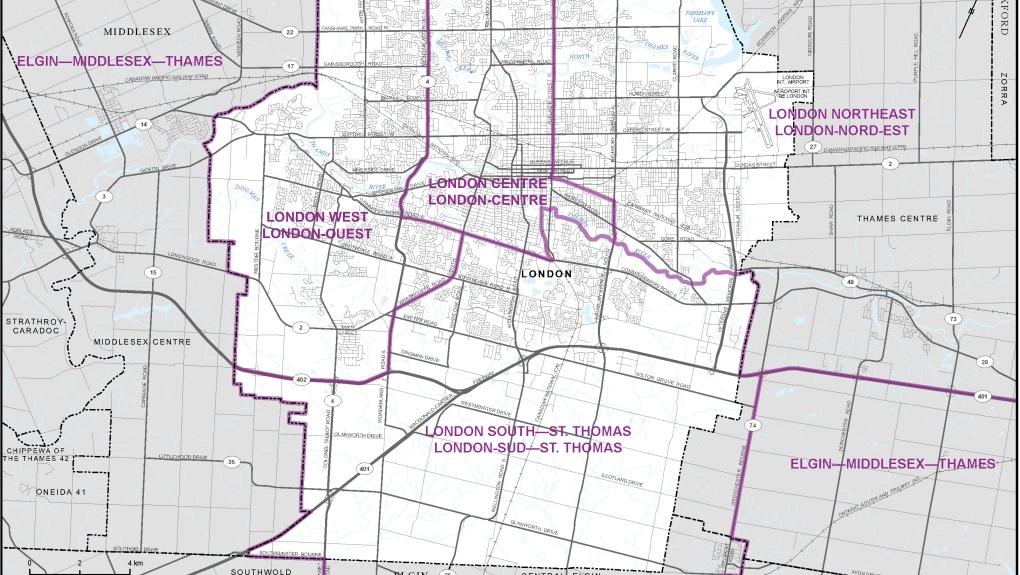 The Independent Electoral Boundaries Commission for Ontario has unveiled new proposed ridings that would change boundaries in and around London.

According to the proposal, London would continue to have four ridings, but one north London riding would extend into Thames Centre.

What is currently Elgin-Middlesex-London would now take on a larger chunk of south London along with St. Thomas, but no longer including Port Stanley — which would be incorporated into a geographically immense riding that would horseshoe around London.

There are also proposed changes for what is now known as Huron-Bruce.

The new riding would be called South Huron Shores and would include the towns of Goderich and Saugeen Shores, the municipalities of Bluewater, Central Huron, Huron East, Kincardine, Lambton Shores, Morris-Turnberry, North Middlesex and South Huron, the townships of Ashfield-Colborne-Wawanosh, Huron-Kinloss, Lucan Biddulph and North Huron and Kettle Point Indian Reserve No. 44.

The proposal will now out for public input.

Quebec's major party leaders are making one final appeal to voters ahead of Monday's provincial election. Polls are open from 9:30 a.m. to 8 p.m. Eastern time Monday. During that time, Quebecers will endorse or condemn their leaders' conduct during major language law overhauls, existential questions on provincial identity, and of course, the pandemic.