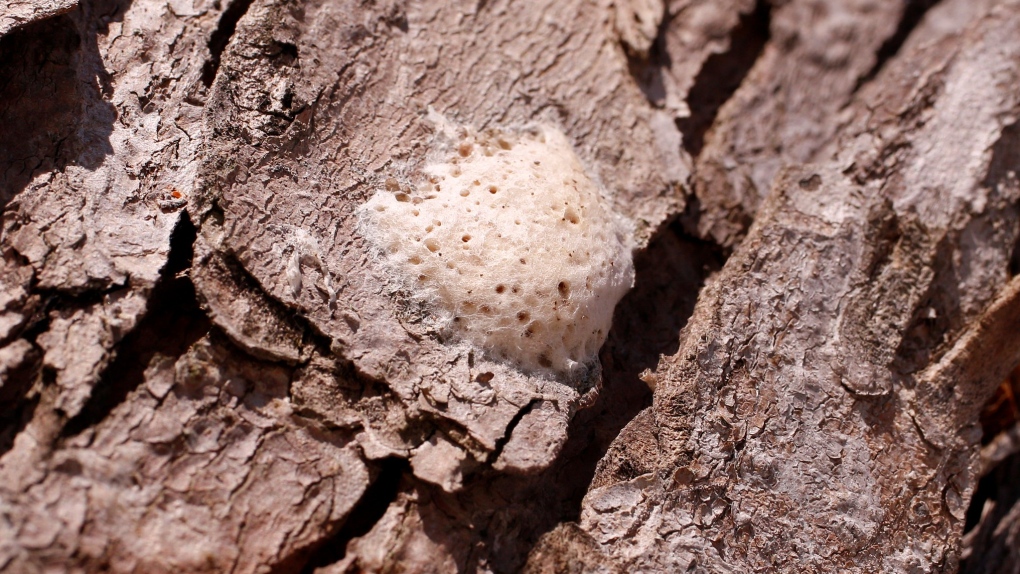 Every spring, gypsy moth caterpillars seem to appear out of nowhere to feed on the leaves of London's trees.

The spring hatch can be lessened without using chemicals by finding and eliminating the egg masses from which the caterpillars hatch.

The UTRCA is currently removing gypsy moth egg masses from trees on conservation authority property to help protect trees and shrubs from the invasive insects.

“Yesterday, UTRCA staff scraped gypsy moth eggs off of trees in the campground at Wildwood Conservation Area, near St. Marys,” said Brandon Williamson, UTRCA land management technician, in a statement. “We’ve created a how-to video that shows people how they can help stop this invasive species by removing egg masses from trees on their own property.”

“We want to alert people to these non-native threats to trees and shrubs,” explained John Enright, UTRCA forester, in a statement. “We hope that landowners will take measures to protect the trees and shrubs on their own property.”