Early morning fire at a garage-apartment in SoHo 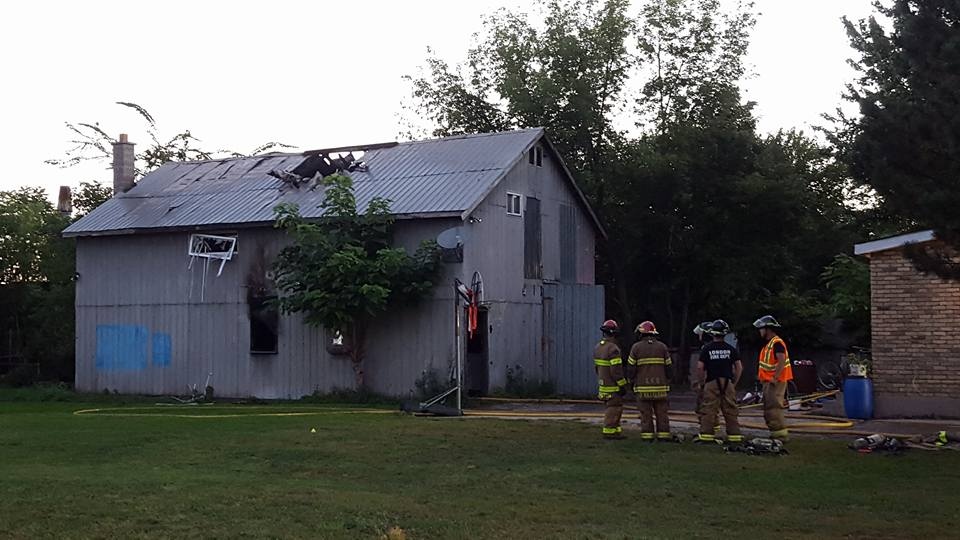 Fire crews, police and EMS responded to a fire in a garage-apartment in the SoHo neighborhood on Simcoe Street around 4:45 a.m. Monday morning.

The fire was contained to the garage which is separate from a house on the property located just east of Maitland Street.

There is extensive damage to the second floor and attic of the barn-like building and officials estimate that the cost is around $70,000.

One person sustained minor smoke inhalation and heat burns to their forearms but refused medical attention.

Officials say there is an apartment inside the building. At this time there is nothing to indicate the fire is suspicious according to fire officials.

An investigator has arrived on scene to determine the cause of the blaze.