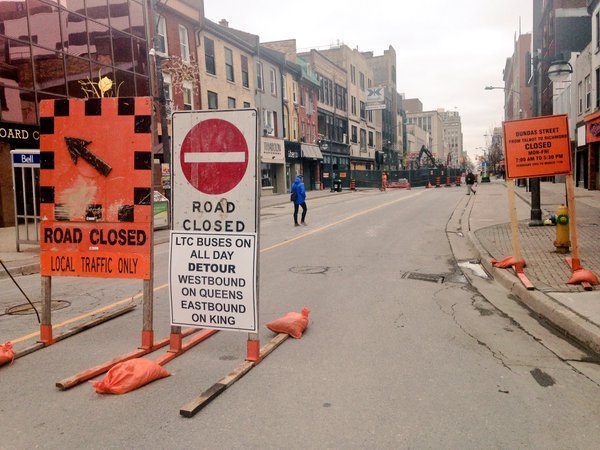 Dundas Street is closed during business hours for the next two weeks for architectural work to Kingsmills on Monday, February 29, 2016. (Gerry Dewan / CTV London)

A portion of Dundas Street will be closed during business hours for the next two weeks as architectural work begins at Fanshawe’s Kingsmills site.

Builders with the project will be installing two temporary towers outside of the former department store in order to preserve its façade during construction.

As a result Dundas Street will be closed from Talbot Street to Richmond Street starting Monday, February 29, until Friday, March 4, from 7:00 a.m until 5:30 p.m. each day.

It will be closed Monday through Friday next week as well.