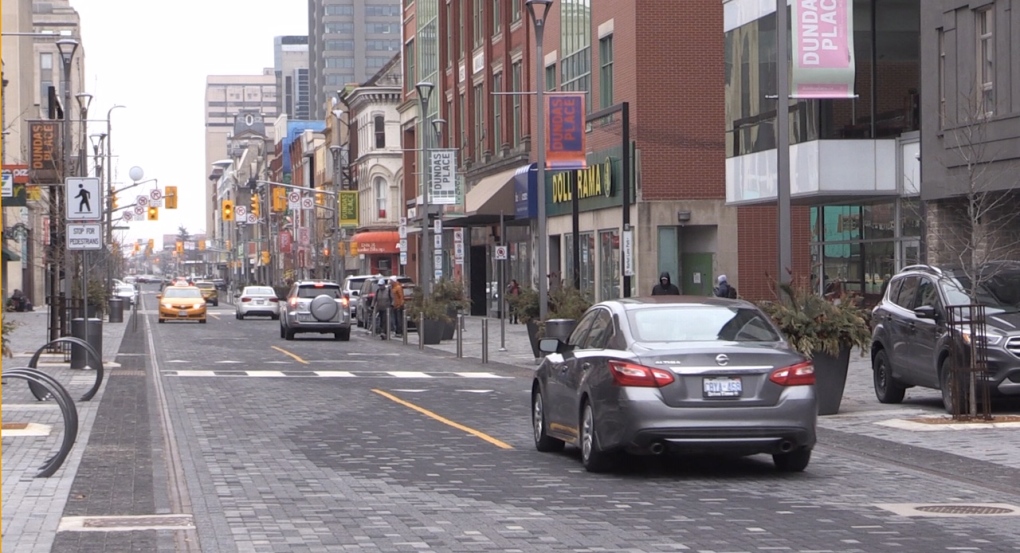 LONDON, ONT. -- Starting Friday, the speed limit along Dundas Place will be reduced to 30 km/hr.

The stretch from Wellington to Ridout Streets is known as London's first flex street.

“Safety is a top priority for the City of London, and we want to make sure all Londoners feel comfortable and confident being out and about in the city,” says Doug MacRae, Director of Roads and Transportation in a news release.

“On Dundas, lower speed limits reinforce the goal of this street as a destination shared by pedestrians, cyclists and motorists, and it reinforces the unique design of the flexible street.”

The downtown area is also in the process of becoming a Community Safety Zone.

It will be similar to school zones, where traffic fines are doubled.

In the coming months, speed limits on downtown streets will be lowered to 40 km/hr as part of the City of London’s Area Speed Limits program.

This first area where speed limits will be lowered to 40 km/hr will include within the core area bordered by:

• Oxford Street, Adelaide Street, Horton Street and Wharncliffe Road with the exception of a few commuter routes such as York Street.

In this initial phase of lower speed limits, neighbourhood streets within the following boundaries are also planned to be lowered to 40 km/hr after the downtown area is complete:

“Lowering speed limits, along with a variety of other ongoing changes to our roads, results in healthier, vibrant communities,” says MacRae.

“The City of London is continuing to implement Vision Zero Road Safety Strategy initiatives that work towards calmer streets, and will continue to monitor the use of streets to determine when and where additional safety measures might be needed.”