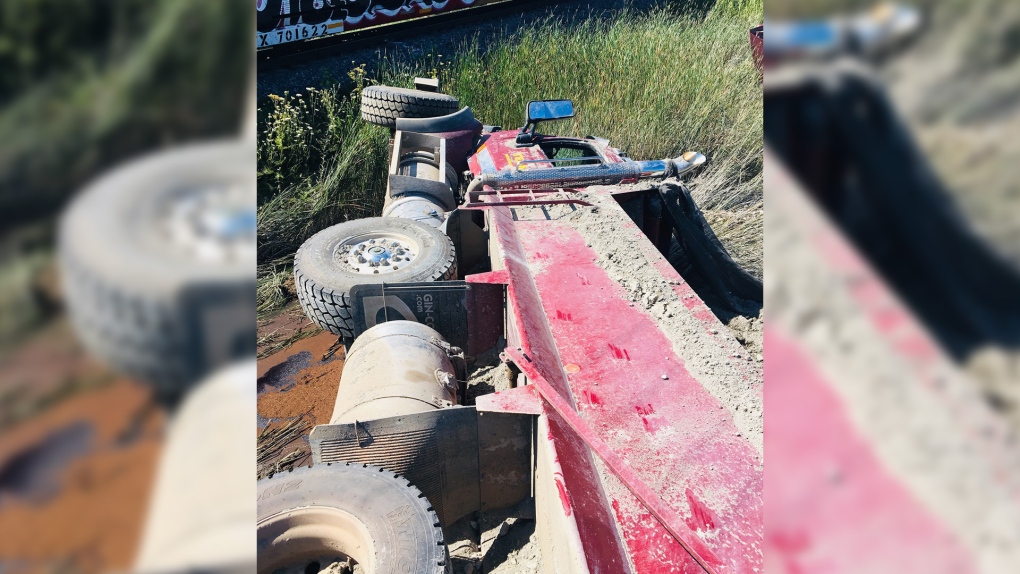 A dump truck is seen after colliding with a train in Puslinch, Ont. on Wednesday, Aug. 14, 2019. (Source: Wellington County OPP)

A collision involving a train and a dump truck south of Guelph, Ont. is causing train and traffic delays.

OPP were called to the crash along Concession Road 7 in Puslinch, Ont. around 8:30 a.m. on Wednesday.

A westbound train reportedly collided with a northbound dump truck at a level crossing, leaving the dump truck on its side in the ditch.

Emergency crews responded to the scene and the male driver of the dump truck was taken to hospital with non-life-threatening injuries. No one else was hurt.

OPP and the CP Police Service are investigating.