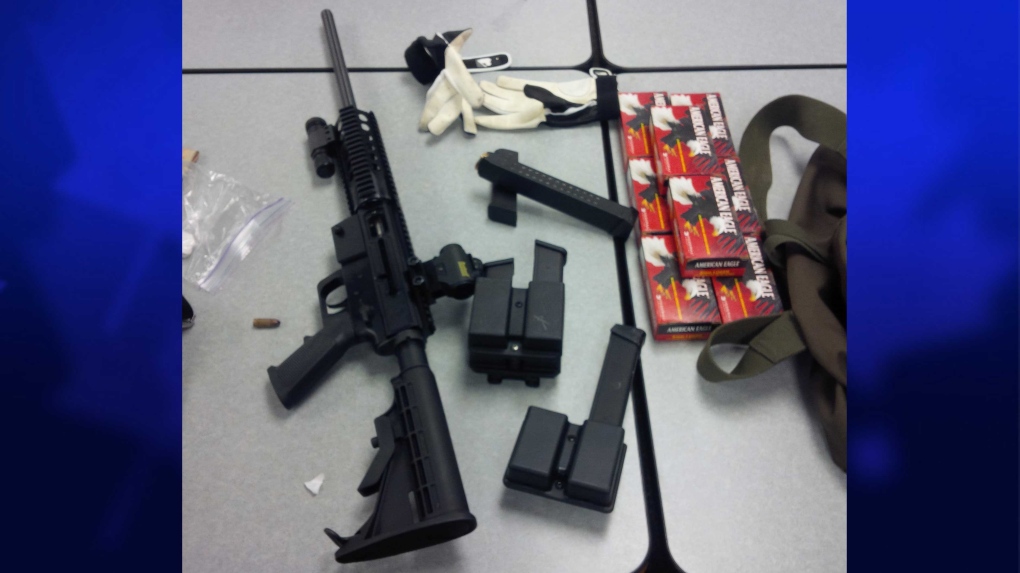 The London Police Service provided this image of an assault rifle and ammunition seized by police in London, Ont. on Monday, June 9, 2014.

London police say two men have been charged after a loaded gun and over $11,000 in drugs and cash were seized from vehicles on Monday.

Around 1:40 p.m., the drivers of two vehicles were arrested in the area Wilkins Street and Sandringham Crescent as part of a drug investigation. There were no passengers in the vehicles.

Following a search of the vehicles, police seized:

Two London men have been charged as a result of the investigation.

Both were being held in custody pending a court appearance on Tuesday.