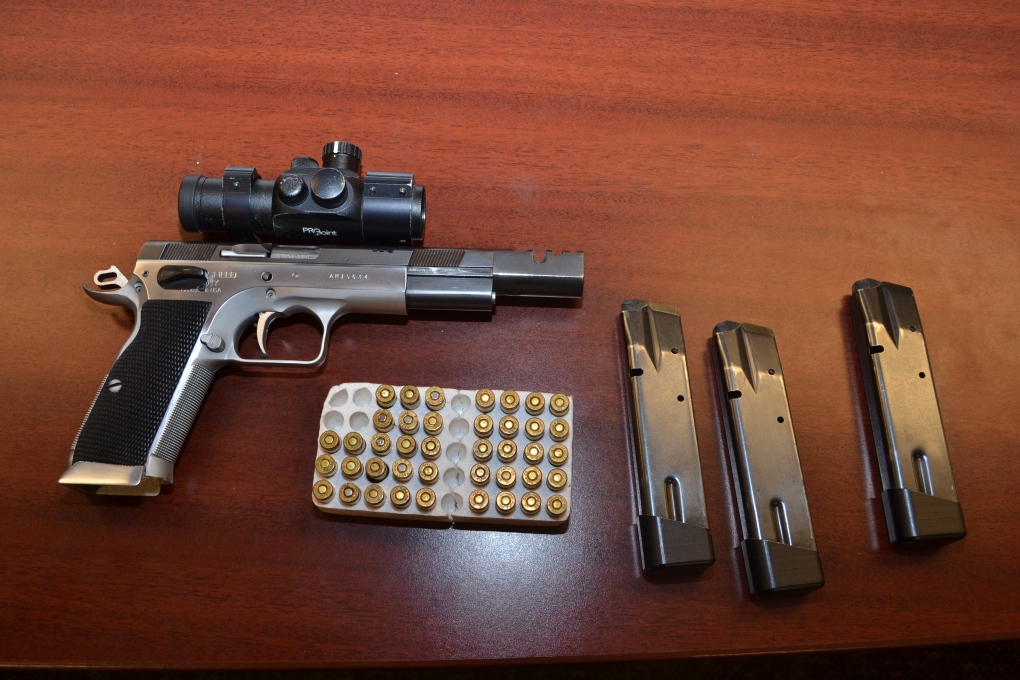 London police released this photo of a Springfield Armoury 9mm semi-automatic handgun with laser sight Friday, Dec. 6, that was stolen in a 2012 break and enter in Windsor.

A month-long investigation by the London Police Service’s Guns and Drugs Section, Provincial Weapons Enforcement Unit and the OPP Drug Enforcement Unit has landed three people in custody on drug and weapon charges.

According to police, search warrants were executed at residences on Jalna Boulevard and on Sholto Drive Thursday.

At the Jalna location, officers say they discovered 230 Xanax pills.

During the search on Sholto Drive, police say they seized 94 grams of cocaine and 28 Oxycodone pills with a total value of $9,550.

Police says the semi-automatic handgun was stolen from a break and enter in Windsor on March 13, 2012.