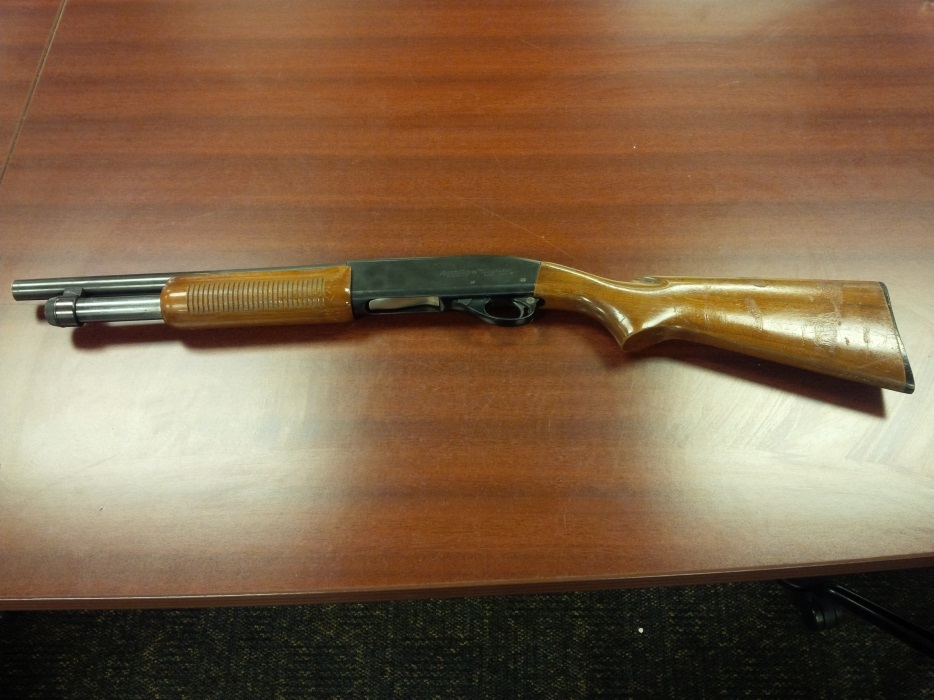 A shotgun seized by police following a search of a Brydges Street home is seen in the image released by the London Police Service.

London police say they have seized thousands of dollars in drugs, cash and stolen goods as well as a sawed-off shotgun in a raid on Thursday.

Local police and RCMP officers were involved in the Controlled Drugs and Substance Act search of a Brydges Street residence.

An investigation into the stolen property continues.

A 29-year-year old male and a 22-year-old female, both of London, have been charged with two counts of possession of a Schedule II substance and numerous firearms offences.