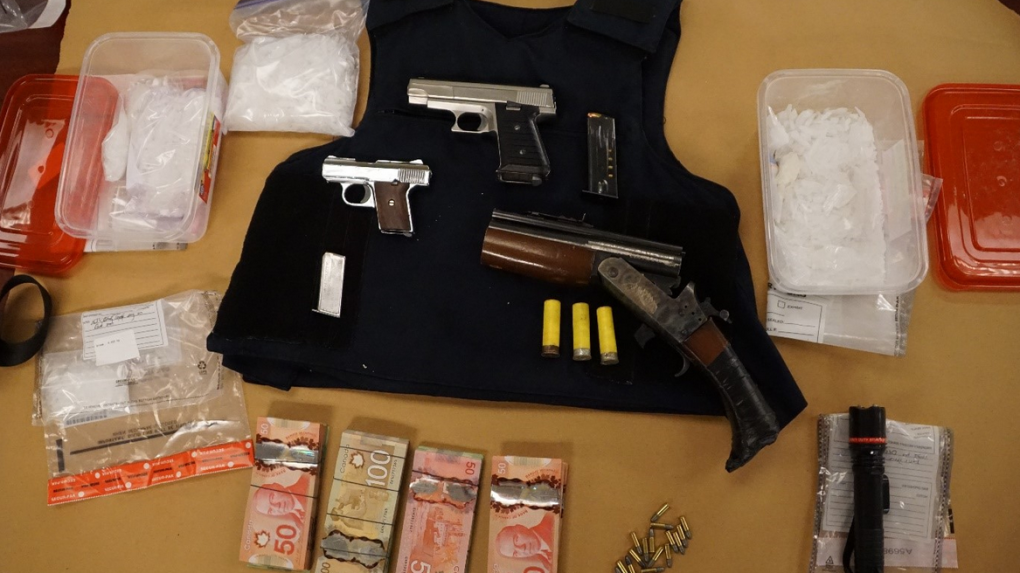 LONDON, ONT -- Four Londoners and a Kitchener woman are facing charges after coordinated raids turned up drugs, cash, and guns in London, Kitchener and Hanover.

The investigation was led by the London Police Service’s Guns and Drugs Section in coordination with Waterloo Regional Police, OPP, and Hanover Police Service.

On Wednesday officers raided three locations in London, one in Kitchener and one in Hanover.

In London the locations were on Wavell Street, Emery Street, and Brydges Street.

Other items seized included ammunition, a bulletproof vest, a shotgun, cell phones, and a Taser.

Two men and two women from London are facing several charges. A full list of charges can be found here.

A 23-year-old Kitchener woman is facing one charge of possession for the purpose of trafficking.

All five appeared in court Thursday in relation to the charges.

Then on Thursday a London man was arrested and charged afer a rifle and ammunition were seized during a search of a Marconi Boulevard residence.

A bolt-action rifle with modified stock, 52 rounds of .22 caliber ammunition and a 12 gauge shotgun shell were siezed.

A 24-year-old London man is facing eight firearms-related counts as well as charges of breach of probation and failing to comply with a release order.

He was scheduled to appear in court on Friday.