Drugs and cash seized in two busts in northeast London 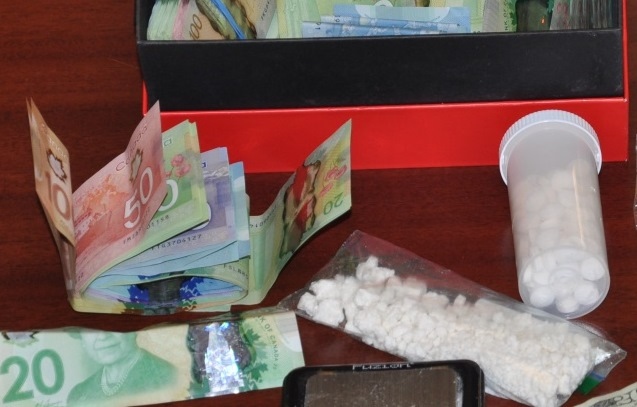 On Friday, June 3rd at about 3:40 p.m., members of the Guns and Drugs Section executed search warrants at an address on Kipps Lane. They also searched associated vehicles at that address, and found a number of different drugs.

As a result of the warrant, officers seized 92 grams of crack cocaine, 141 grams of cocaine, 135 grams of crystal methamphetamine, 14 grams of marijuana, and seven Oxycodone pills. Some Canadian currency was also seized.

A 39-year-old woman and a 35-year-old man from London were arrested and charged jointly with five different offences related to drug possession.

Just over three hours later, officers executed another search warrant at an address on Huron Street, where they seized 135 Oxycodone pills, 12 Hydromorphone pills, 10.4 grams of marijuana and a quantity of Canadian currency.

In this case, a 57-year-old man and a 26-year-old man from London were arrested and charged jointly with three offences related to possession for the purposes of trafficking. The older man is also charged with possession of property obtained by crime not exceeding $5000, as a result of stolen identification located inside the home.