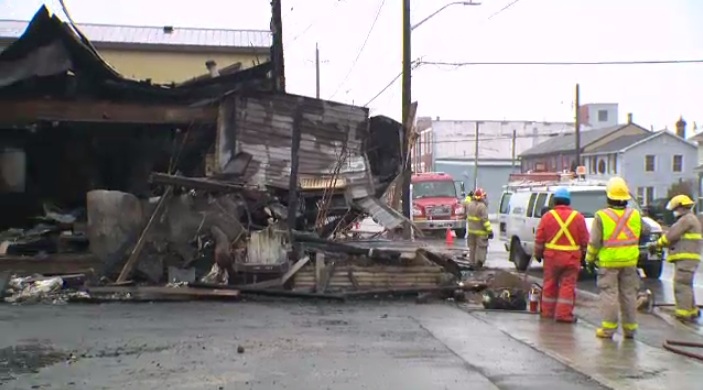 Oxford County OPP say a man is facing drug charges after a fire on Boxing Day that forced the evacuation of nearly 30 homes.

Emergency crews were kept busy for nearly 24 hours after a structure fire at 65 Albert St. W. in Plattsville that started early on Dec. 26, 2014.

The day after the fire started, provincial police executed a search warrant at the Albert St. business.

Investigators say the warrant led to the seizure of a quantity of marijuana plants and processed marijuana.

He was released on a promise to appear and is scheduled to be back in court on Feb. 10.

The cause of the fire is still under investigation by the Ontario Fire Marshal's Office.