With a nearly two kilometer stretch of runway closed at the London International Airport (LIA) Tuesday morning, students were using drones in partnership with LIA to inspect the runway.

“They always think it's a hazard, but we're here now today to prove that it does actually work,” he adds. “We are in touch with the air traffic controllers during all the time and with the tower and all the pilots knows what we are doing at this spot and we are always spotting and seeing the planes operating.” 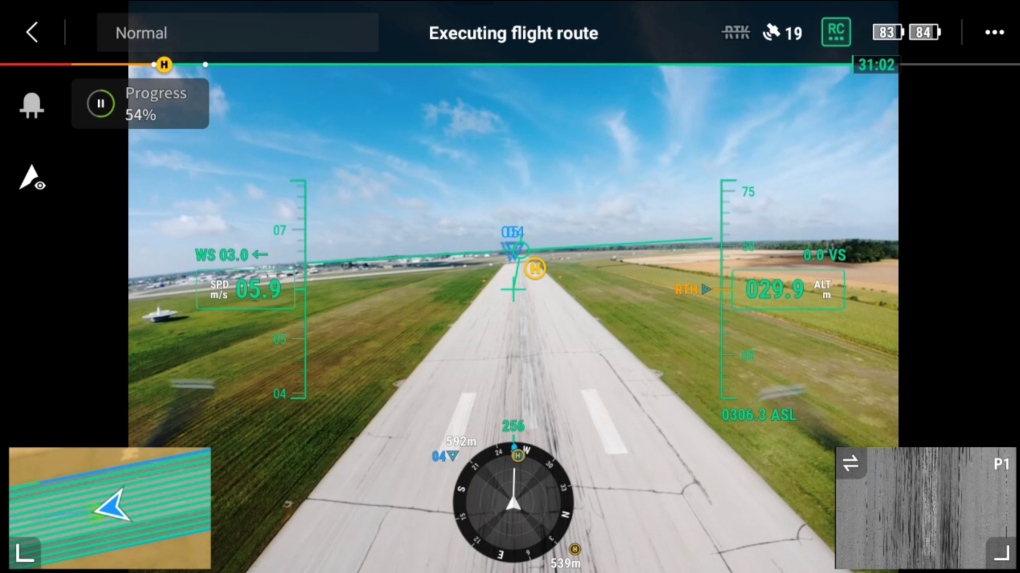 An aerial view of the runway at London International Airport from a drone. The data will be used for future maintenance. (Source: ROSOR)

Prior to the COVID-19 pandemic, Alvarenga had the idea to use his skills to perform this task. The drone was brought in by ROSOR out of Toronto, and the inspection was underway.

“We are using the drone to take a look at the runway itself,” says Adam Debevec, program coordinator of the Norton Wolf School of Aviation and Aerospace Technology at Fanshawe. “So is there is there any issues with cracks, slope of the runway or drainage off the sides of the runway?”

With the drone in hand of ROSOR’s co-founder and Chief Technical Officer Robel Efram, they sent it up more than 30 metres above the ground.

“The camera is pointing directly at the runway,” says Debevec. “There's a lot of overlap that needs to be accounted for between all those photos. It's thousands of photos, we stitch them together, and we create a 3D model that we can put into a database.”

It creates a baseline, and after more frequent inspections are done, they can layer them on top of each other and look for changes.

It’s the first time drone technology has been used at LIA. Officials believe the more precise data can help with future maintenance programs.

“So that we can look at the amount of crack sealing material we need to order or the amount of paint we need order for the runway markings,” says Steve Faulkner, operations manager at LIA.

He adds, “Instead of doing it based on the traditional manner, which was sort of estimate year-to-year what we're going to need, now we're going to be able to quantify that.”

With the Fanshawe program located at LIA, it’s a perfect fit for them to continue to work together. 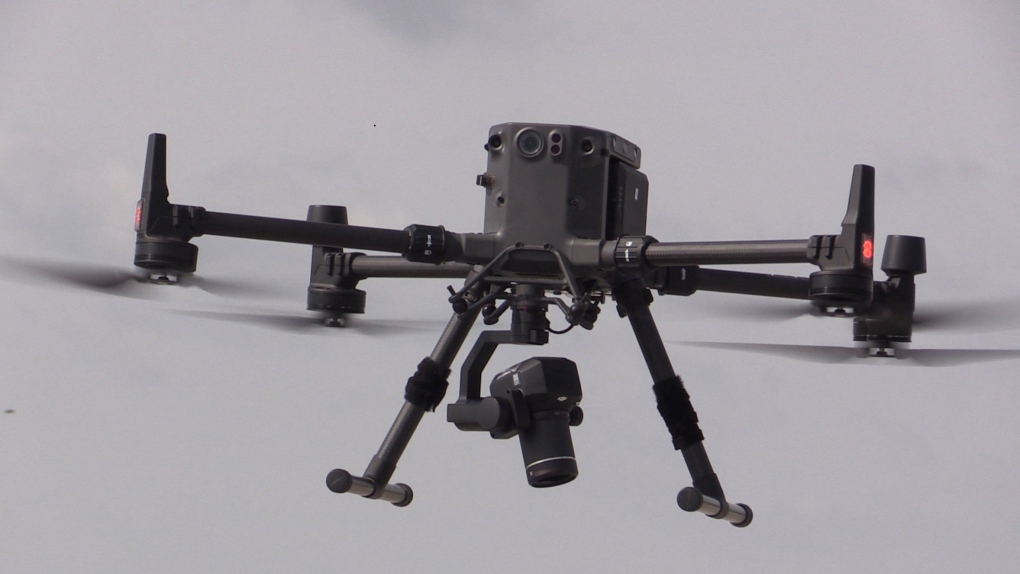 A drone flies above the runway at London International Airport on September 20, 2022. The data collected will be used for future maintenance at the airport. (Brent Lale/CTV News London)

“They not only tenants here at the airport, but a great school, a great organization,” says Faulkner. “We're very excited about being able to work with administrations that strengthen that partnership and look at a long-term relationship between our two organizations.”

The students, which included Will Su, a ten-year pilot from China, were also getting practical experience. He was helping the drone operation by monitoring tower and ground frequencies.

“It's critically important that we get them into the real world, so they can understand how these tools can be integrated into various commercial processes,” says Debevec, referring to the work done by his students.

He adds, “Students worked on planning what we did here today. They're here observing and supporting and the data that gets pulled into the classroom, they're going to work on that at the end of the line. They have full involvement in the entire process, and that's critical to the school and the program.”