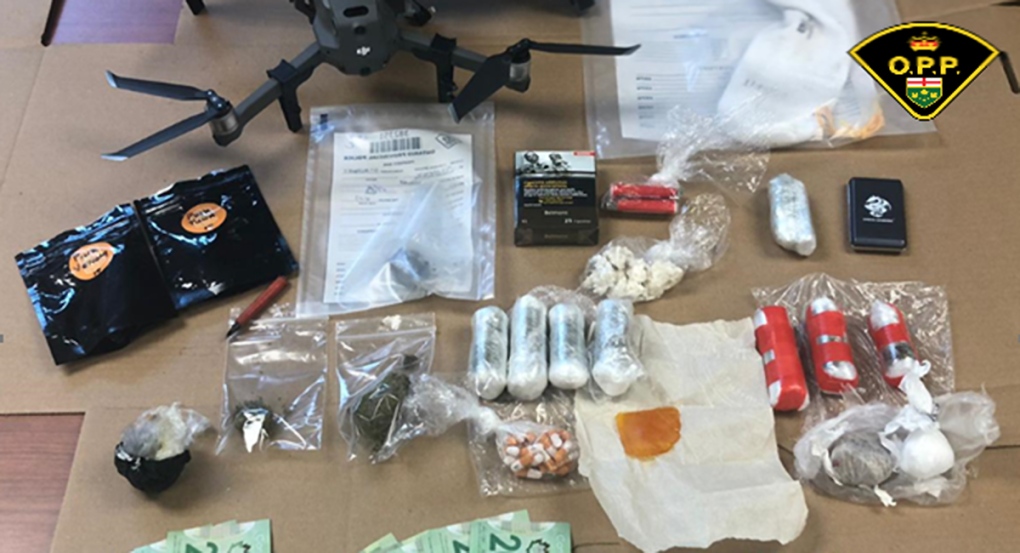 A drone and other items were seized by police in a drug smuggling investigation at the Elgin-Middlesex Detention Centre in London, Ont. on Sunday, Dec. 7, 2020. (Source: Middlesex County OPP)

MIDDLESEX CENTRE, ONT. -- Two people have been arrested and charged after allegedly attempting to use a drone to smuggle drugs into the Elgin-Middlesex Detention Centre (EMDC) over the weekend.

Middlesex County OPP say, with the help of London police, they located two people on Meg Drive on Sunday who had a remote-control drone as well as a large quantity of controlled substances.

Meg Drive is approximately two blocks west of EMDC, also on the south side of Exeter Road.

Among the items seized were crack cocaine, Adderall, amphetamines, fentanyl, crystal meth, cannabis and a quantity of Canadian currency.

The 28-year-old has also been charged with failure to comply with a release order.

Both were being held in custody pending a court appearance on Monday.