Drivers complaining about bike-safe intersections get no sympathy from council

Drivers complaining about bike-safe intersections get no sympathy from council 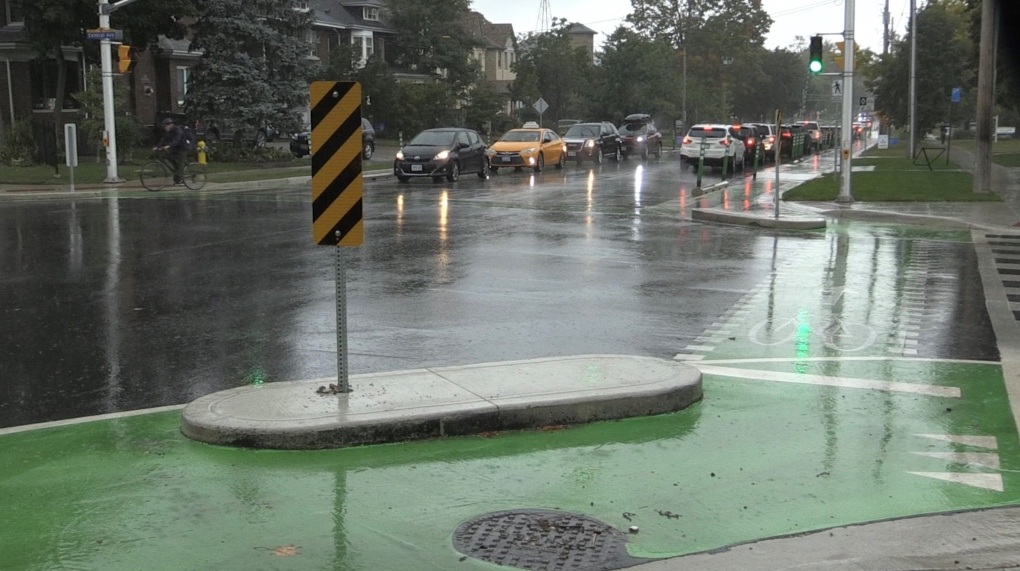 They may frustrate some drivers, but there’s no slowing the installation of more intersections with cement curbs that protect cyclists.

“What would happen if this were referred back to [city engineers] to look at a different design?” asked van Holst about the planned improvements on Windermere Road at Western Road and at Richmond Street.

City Engineer Kelly Scherr replied that the environmental assessment would require amending at a cost of up to $50,000.

Scherr added that the current design implemented at several intersections around London is based on best practices in cycling infrastructure.

None of van Holst’s colleagues on council seconded his motion to refer the designs back to staff.

However, he emphasized that drivers can easily navigate the changes if they travel at the speed limit, “I’m not a roads engineer and I trust our staff to implement what is required for road safety.”

Councillor Maureen Cassidy added that she welcomes the new protected intersections in her ward on Windermere Road.

“We have an obligation to move our vehicles safely and to respect all users of the road, especially the most vulnerable — pedestrians and cyclists,” she said.