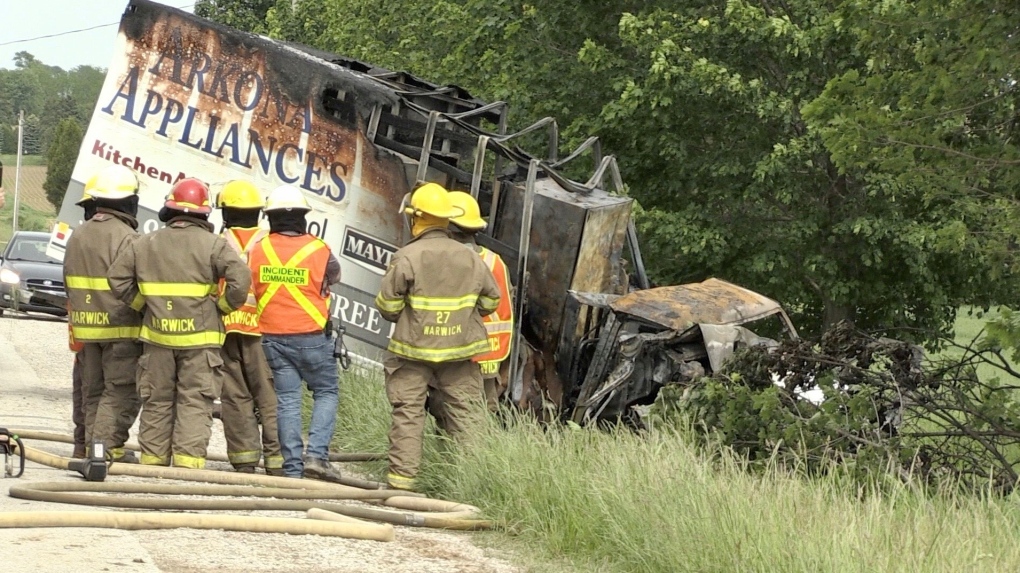 Firefighters look on after a cube van crashed and caught fire in Warwick Township, Ont. on Monday, May 31, 2021. (Jim Knight / CTV News)

LONDON, ONT. -- The driver of a cube van was pulled to safety after the truck hit the ditch and burst into flames at around 2 p.m. Monday.

Emergency responders say the van left the road on Egremont Drive and hit the ditch just west of Sexton Road in Warwick Township.

Initial reports indicate the driver had to be pulled from the vehicle, but it's uncertain whether the civilian rescuer was a passenger or a passerby.

Lambton OPP are investigating the crash.