LONDON, ONT. -- Around 8 p.m. Saturday evening, witnesses say a car with a flat tire pulled into a home across the street on Admiral Drive.

"Police came and surrounded the vehicle and asked him nicely to get out, but he wouldn't," said witness, Jeff Huessner.

According to Huessner, the police then smashed the driver side window.

"It was scary, but I'm glad no one got hurt out here."

The incident began on Dickens Avenue as Allysha Couch and Danielle Koot were in their backyard. 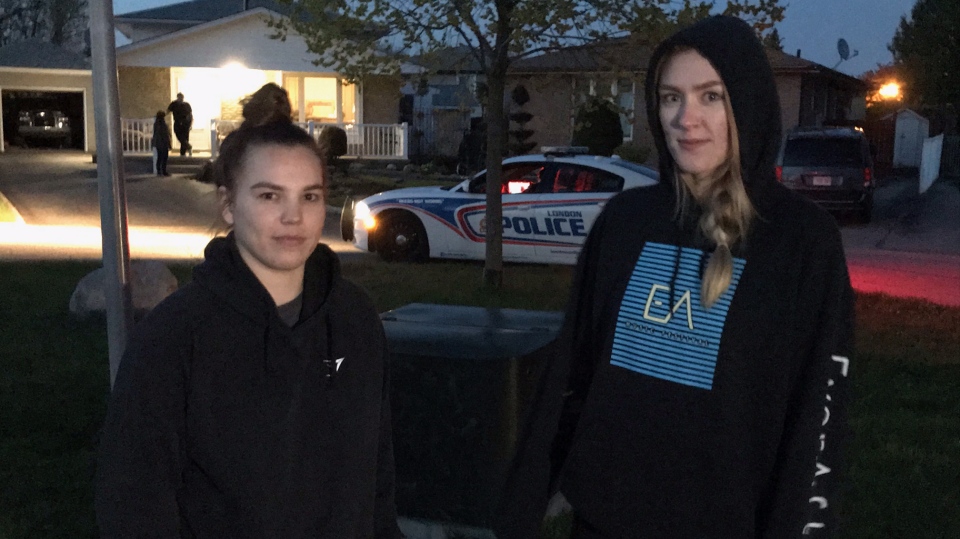 "We heard somebody come flying down our street and we heard a big crash, so we came running out and the car had crashed into our neighbours front yard and into their porch."

Damage appeared to be contained to two large planters and the porch.

Koot called 911 as Couch checked on the driver.

"I just yelled and asked if he was ok, and he said, I’m good. And then he went back into his vehicle and proceeded, to drive away. And then yeah, we chased after him," said Couch.

The car with the flat tire drove about a kilometer to where it all ended. 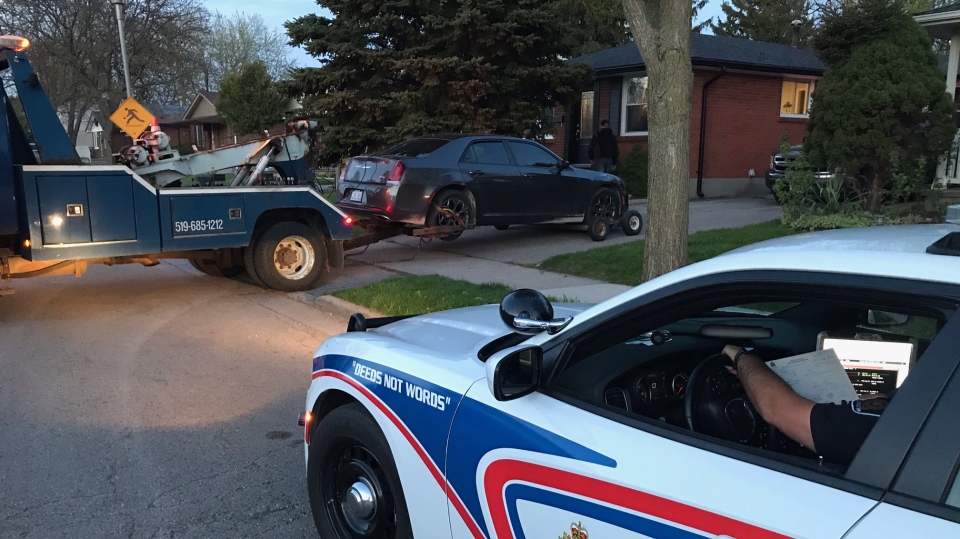 "Coming that fast, it’s kinda scary to think he could have easily hit one of the children."

London Police Services tell CTV News that the male driver had minor injuries and was transported to hospital.

On Sunday, police confirmed alcohol was a factor in the Saturday night crash and charges have been laid.

The situation is still under investigation.