Driver dies after crash between two transport trucks on Highway 401 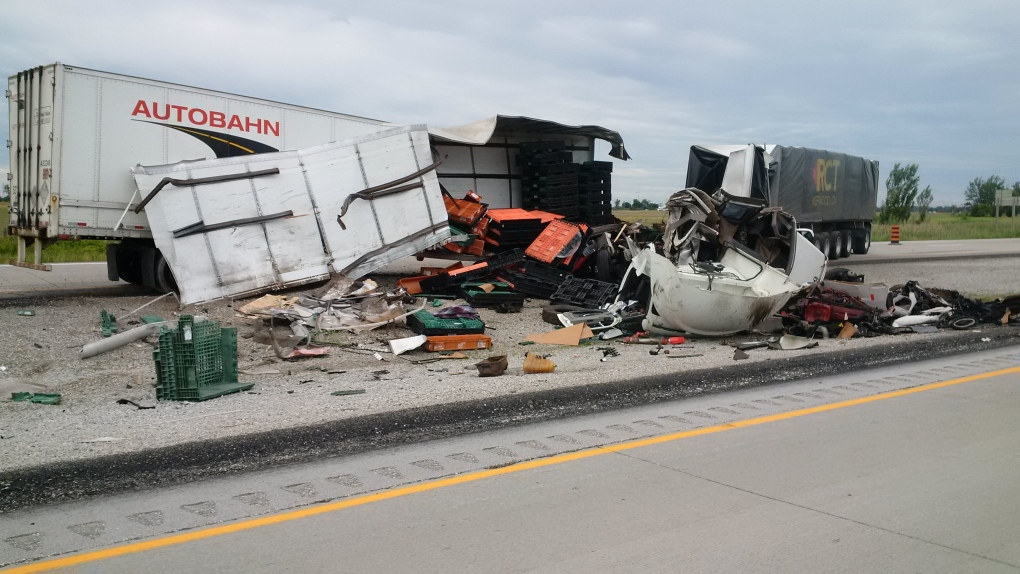 Police say one driver has died after a crash between two tractor trailers on Highway 401 near Tilbury, Ont., on Friday, June 22, 2018. (Courtesy OPP)

Chatham-Kent OPP say one driver has died after a crash between two transport trucks on Highway 401 near Tilbury.

Police have identified the victim as 44-year-old Alaa Issa of Windsor, the driver of the westbound transport caught in the crash.

The other driver remains in critical condition in a London hospital.

Emergency crews responded to the crash on the 401 near Queens Line around 6:50 a.m. on Friday.

The eastbound lanes of the 401 are closed between Essex Road 42 and Queens Line.

As a result of the collision, both drivers were transported to hospital with life-threatening injuries.

Police say one of the drivers was pronounced deceased at the hospital.