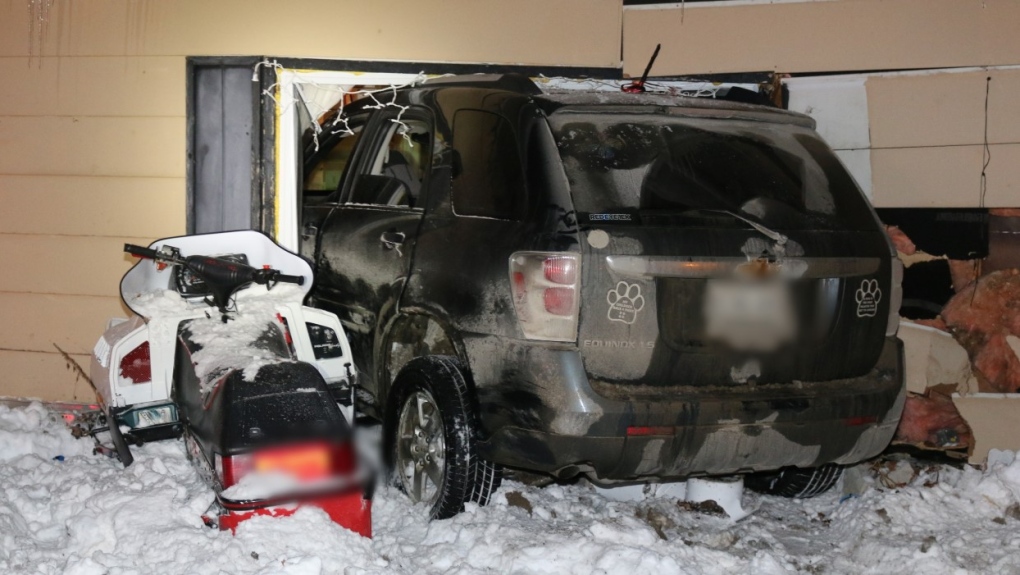 South Bruce OPP released this photo of a vehicle that struck a house in Teeswater, Ont on Monday, Feb. 1, 2021.

MIDDLESEX CENTRE, ONT. -- South Bruce OPP have charged a 28-year-old man after his vehicle struck a house on Monday.

Emergency crews responded to a home in Teeswater around 8:40 p.m. after a vehicle struck two parked vehicles and a snowmobile before hitting the home.

Officers reportedly noticed signs of impairment and the driver was placed under arrest.

He is scheduled to appear in court in March.