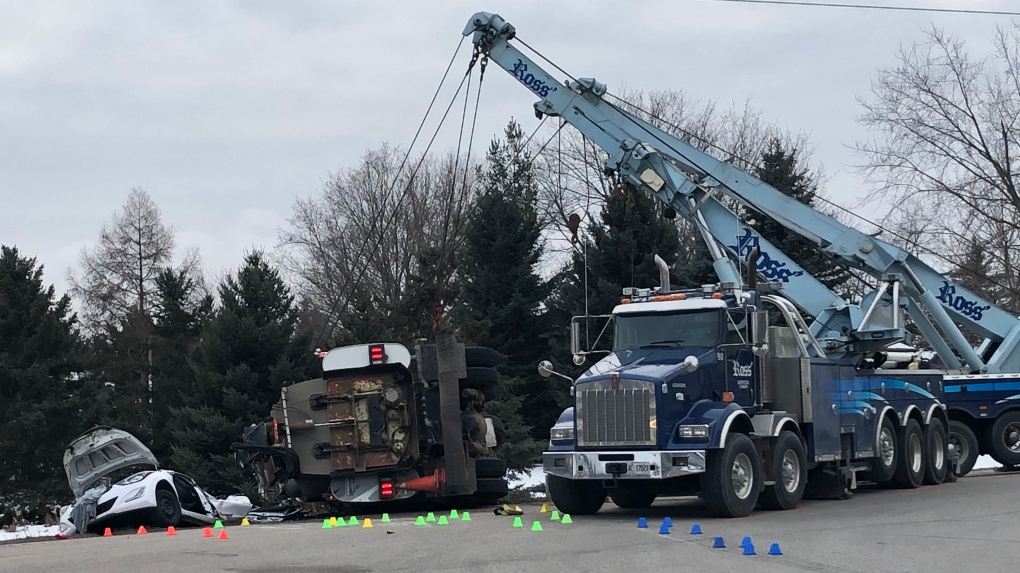 A truck had to be lifted off a car after a two-vehicle crash in southeast London, Ont. on Wednesday, Jan. 6, 2021. (Jim Knight / CTV News)

MIDDLESEX CENTRE, ONT. -- Police have charged a London man in connection with a crash last month that killed a 39-year-old woman.

The crash happened at Bradley Avenue and Jackson Road on Jan. 6.

Sarah Jones died after a transport truck overturned, trapping her vehicle underneath.

Jones was well-known in the city as the managing editor of Business London Magazine and described as big-hearted, with a smile that would light up a room.

He is scheduled to appear in court on May 11.