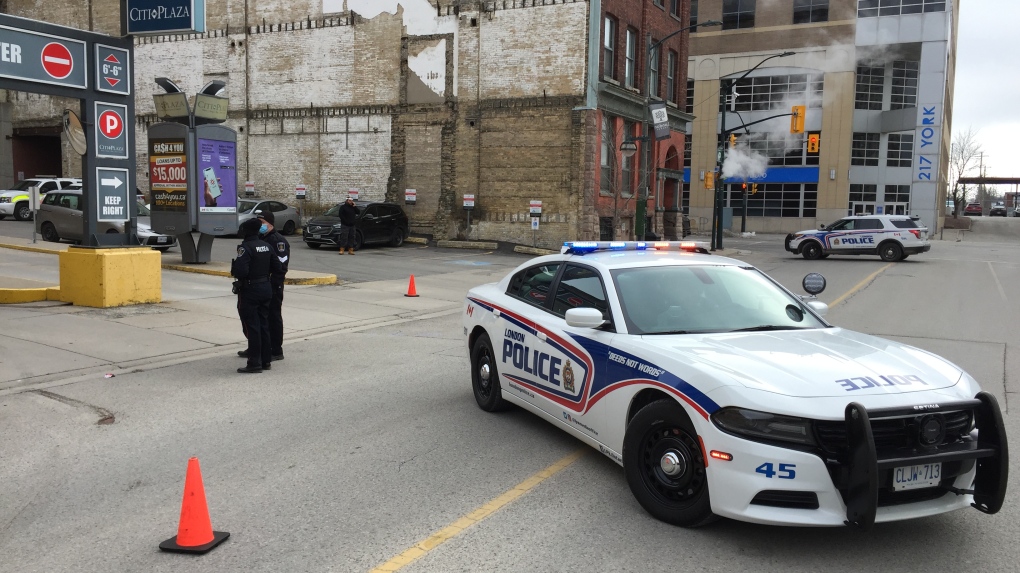 Police work at the scene where a pedestrian was struck in London, Ont. on Friday, Jan. 8, 2021. (Bryan Bicknell / CTV News)

MIDDLESEX CENTRE, ONT. -- A 25-year-old man has been charged with careless driving causing death in connection with a fatal crash last month.

Tena Marie Brunelle, 63, suffered life-threatening injuries after being struck while walking in the 300 block of Clarence Street. She later died in hospital.

Police say on the morning of Jan. 8 Brunelle was walking northbound on the sidewalk when she was struck by a pickup leaving the Citi Plaza parking garage.

Following an investigation, London police have now charged a 25-year-old Guelph, Ont. man in her death.

He is scheduled to appear in court in May in relation to the charge.