Driver charged after transport rolls into ditch along Highway 402 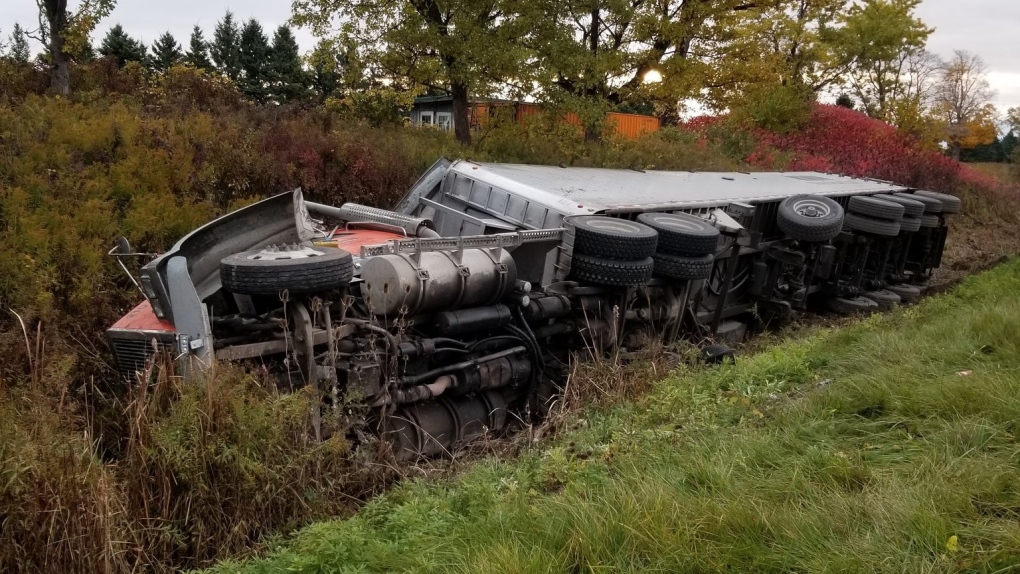 A transport rolled into a ditch along Highway 402 in Middlesex County on Tuesday, Oct. 20, 2020. (OPP Twitter)

LONDON, ONT -- Middlesex OPP have charged the driver of a transport truck after it rolled into a ditch along Highway 402 Tuesday morning.

The crash happened around 6:45 a.m. near Scotchmere Drive.

Police say the 26-year-old driver was not injured but has been charged with careless driving.

Anyone using the 402 Tuesday morning was warned to expect delays in the westbound lanes as crews worked to remove the truck.

At 6:47 a.m. #MiddlesexOPP responded to a tractor trailer rollover on W/B HWY 402 @ Scotchmere Dr. No injuries were reported. The driver, a 26 year old from Stoney Creek ON. has been charged with Careless Driving. Crews will be working to remove the truck over the next few hours pic.twitter.com/NEPuxeFODn