Driver airlifted to hospital after crash west of Brucefield 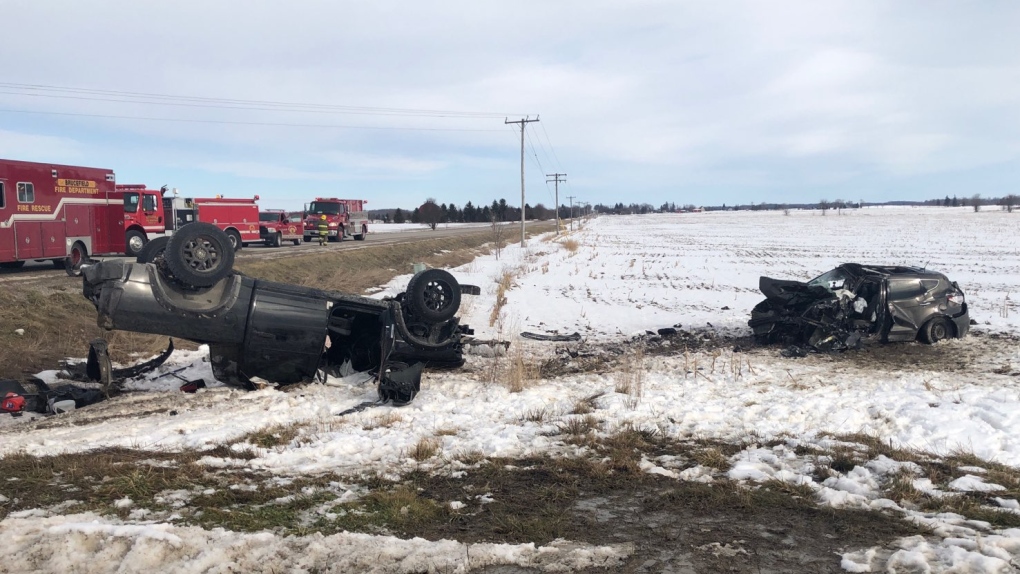 The two-vehicle collsion involving a pickup truck and an SUV happened around 1:40 p.m. about 15 kilometres east of Bayfield.

Mill Road at Airport Line was expected to be closed until around 5 p.m. and police are asking drivers to respect the closure.

#Huron OPP is on scene of a two-vehicle intersection related crash that took place west of Brucefield this afternoon. Both drivers sent to hospital. One with serious but non life-threatening injuries, the other sustained non-life threatening injuries. Roadway remains closed.^js pic.twitter.com/9mwdNDLjay