LONDON, ONT. -- With each passing day, it feels less likely there will be an Ontario Hockey League (OHL) season.

"It definitely does suck as we've been training with just workouts and skating for nine to 10 months now," says Aidan Prueter, a Mississauga Steelheads forward from London, Ont.

Prueter and some other southwestern Ontario OHL players skate at Western Fair Sports Centre under the instruction of Dwayne Blais from TPH Hockey.

"We are trying to stay positive, but as days go by it’s counting down the season so hopefully we can hear something soon and get back."

Queen's Park has shot down the league's latest return to play proposal.

"We've had a few different proposals that the public medical officer of health has not been confident with," Minister of Heritage, Sport, Tourism and Culture Lisa MacLeod said during a briefing on Jan. 19.

"With respect to the NHL and AHL they had a 600-page proposal, it was very detailed, and so that sort of hit the threshold that we would be looking at for the province. We're absolutely committed, we're working around the clock to see how this can be done. We know how important the OHL is to the cultural fabric of this province," she added.

MacLeod said the province is open to have the OHL happen this year, but may need 'hub cities' to make that work. 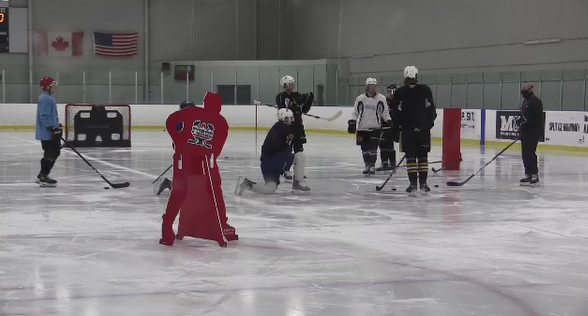 At Budweiser Gardens, London Knights owner Mark Hunter feels a 'bubble' would be tough to make happen. He isn't part of the ongoing discussion, but is still optimistic games can be played this year.

"Dave (Branch) and (Premier) Doug Ford and the whole group are working hard to get it done and I'm sure they don't want to disappoint the players in the OHL," says Hunter.

He says not having games in the past 11 months has been tough on the league owners, but he's more concerned about his players.

"This is what they dream about, playing in OHL, getting drafted, getting NHL contracts," says Hunter. "There is a lot of dreams being broken here right now with this pandemic."

Those kids include older members of his club who may lose their last junior season.

"Guys like Billy Moskal and Nathan Dunkley," says Hunter. "This is their last shot to get a contract and be part of the London Knights. They'd be big part of the leadership group as assistant captains and captains. They want to try to win a championship and it’s all taken away from them. It's disappointing."

Hunter feels both his clubs could have contended for a championship last spring and could again this year if they ever get back on the ice.

"Last year finishing it ended quickly as we won 10  in a row and were on a roll," says Hunter.

"I was disappointed for that team. This year we had Connor McMichael coming back, he was a number one centre on any OHL team. We have good goaltending, good 'D' (defence) but we can't show it until we get the right to play." 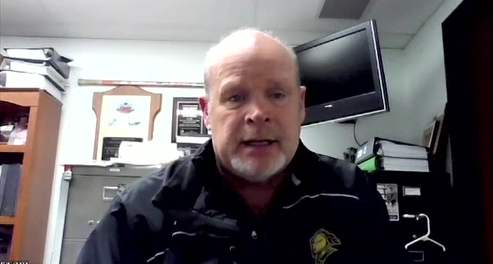 Prueter is in his last year of eligibility although he could contend for one of three 'overage' spots on the Steelheads next season. He feels his team had championship aspirations.

"It sucks for us in Mississauga as our GM (general manager) loaded up," says Prueter. "If we don't get to play this year, and lose some guys for next year, it’s a tough bounce."

Hamilton Bulldogs forward Jake Murray of Komoka, Ont. says the past few months have been tough, but he's remaining hopeful.

"We all want to play games and move back to our cities and play," says Murray.

"The days feel repetitive but we're just trying to make the most of it. The only thing we can do is skate, stay positive and hope for the best."