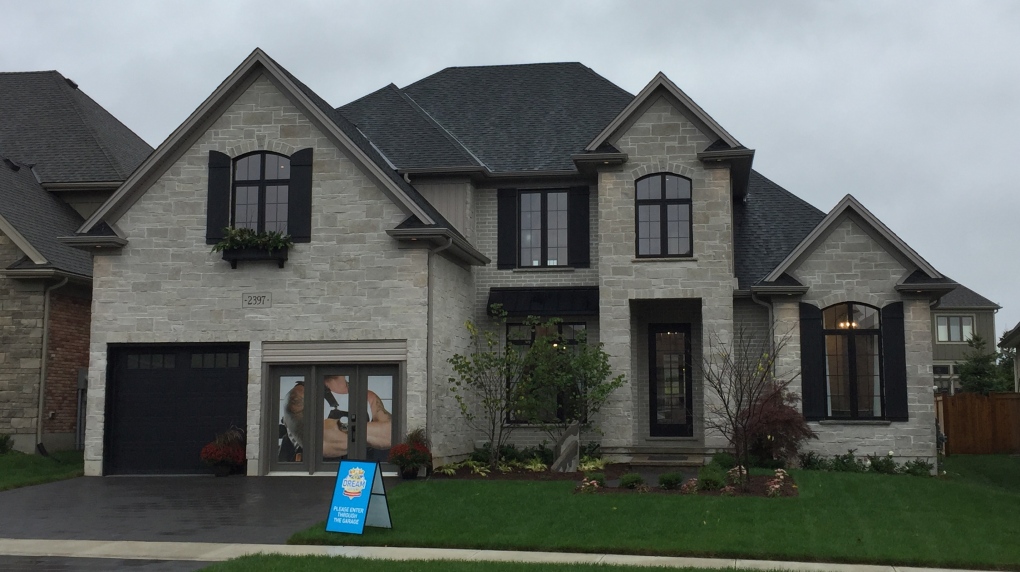 One of the homes that can be won in the Dream Lottery is seen in London, Ont. on Thursday, Oct. 3, 2019. (Bryan Bicknell / CTV London)

LONDON, Ont. - The grand prize in the fall edition of the Dream Lottery supporting London hospitals is a $1.6 million home in one of London's fastest-growing neighbourhoods.

The two-storey, four-bedroom home, built by Wastell Homes is located on Meadowlands Way in north London.

It's 4,665 square feet and comes fully furnished, with modern conveniences throughout, including an exercise studio.

A second grand prize home in Highland Green Estates in south London will be available for viewing next week.

The third grand prize option is one million dollars in cash.

Ticket prices start at $50 for a pair, and can be purchased at various locations, including Shoppers Drug Mart outlets.

“For all three of the hospitals it's incredibly important, the children's specifically,” says Children’s Health Foundation President and CEO Scott Fortnum.

“Children's Health Foundation, we fund 90 per cent of the equipment that is bought each year at the hospital. We fund programs that there are no other funding sources - the Child Life program, all the therapeutic clowns, things that make a big difference but there's no money for. So without Dream Lottery and other funding programs they simply wouldn't happen.”

Tickets are on sale now.