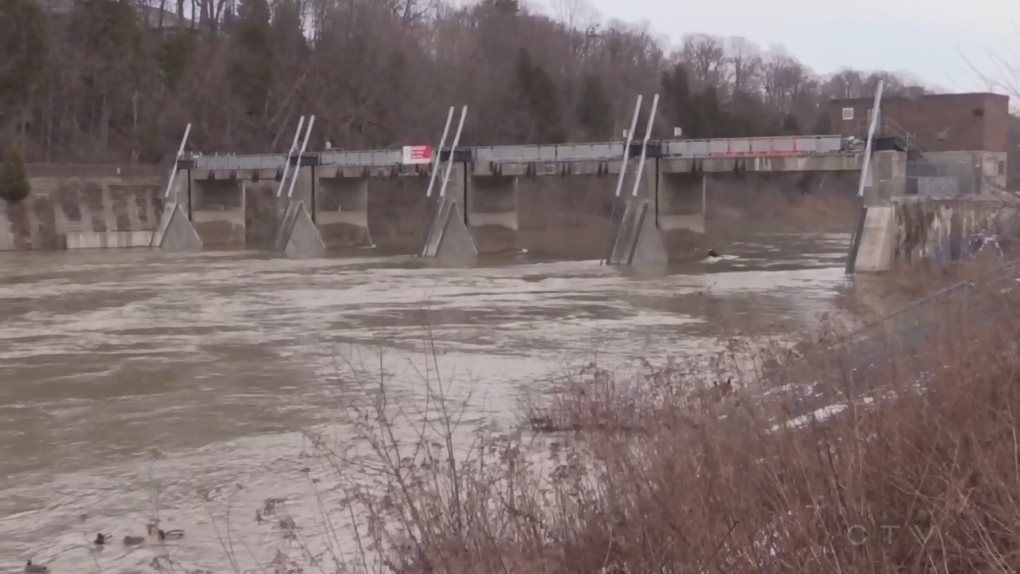 The Springbank Dam in London, Ont. is seen in this file photo. (CTV London)

Springbank Dam may have a second life as a lookout, or even a bridge, but the costs for a total Thames River makeover could be massive.

On Wednesday city hall released a draft report for the One River Environmental Assessment.

It recommends decommissioning the dam by removing the gates and other external equipment.

Eventually the remaining cement structure could be made publicly accessible as a viewing deck.

Decommissioning the dam is estimated to cost $2.2 million, while removing the entire structure would have cost $5.6 million or more.

The draft environmental assessment also confirms the viability of the Back to the River project at the Forks of the Thames.

But if council supports a $5 million commitment to redevelop the Forks, the project would still be short $4.1 million.