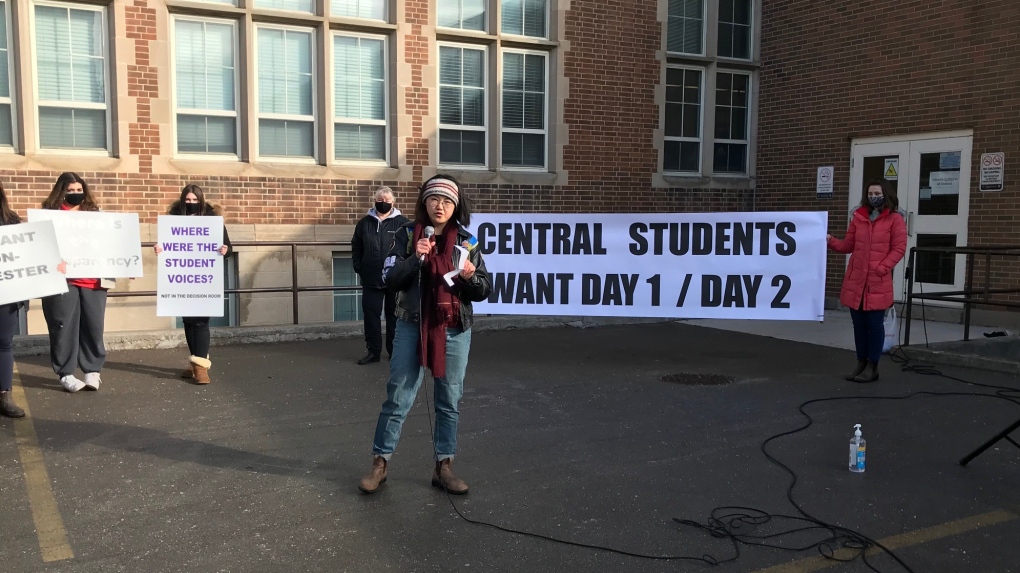 Roughly 50 people took part in a protest outside of Central Seconday School against the proposed switch to semesters in London, Ont. on Thursday, March 4, 2021. (Sean Irvine / CTV London)

LONDON, ONT. -- Dozens of students walked out of class Thursday morning at Central Secondary to protest a plan to switch the school to the semester system.

Central remains unique in the Thames Valley District School Board (TVDSB) in that it doesn’t follow a semester system but instead uses a Day One/Day Two model.

The students are protesting the switch arguing that the current system allows for Central’s ability to draw students from a wide region.

She was at the protest and said they were not consulted about the change, “I would say they are not being forthright. They do need come and there does need to be discussion.” 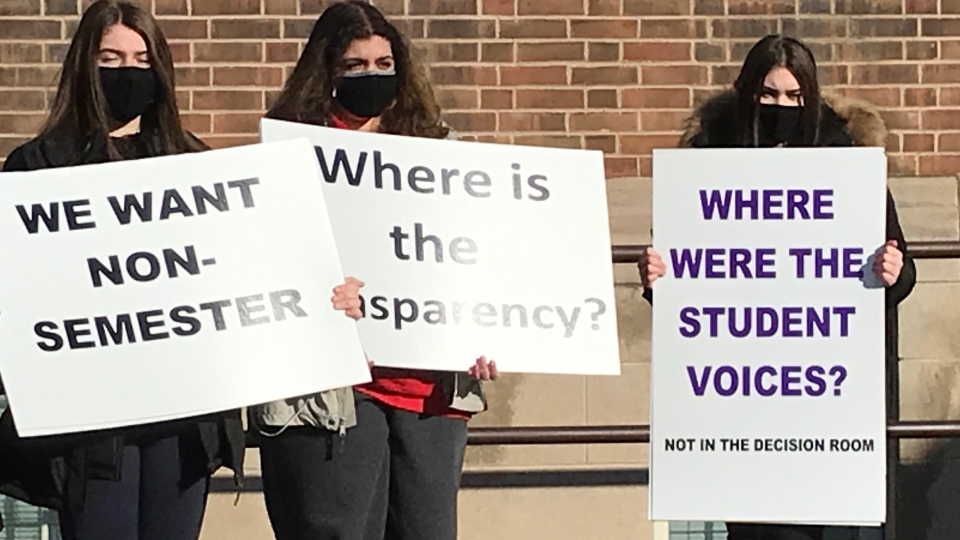 One almnus speaking at the protest said they should, "go back to the drawing board" and do surveys and engagement, not make changes "under the disguise of a pandemic."

- With reporting from CTV's Sean Irvine