Dozens turn out for 4/20 rally in London, one arrested 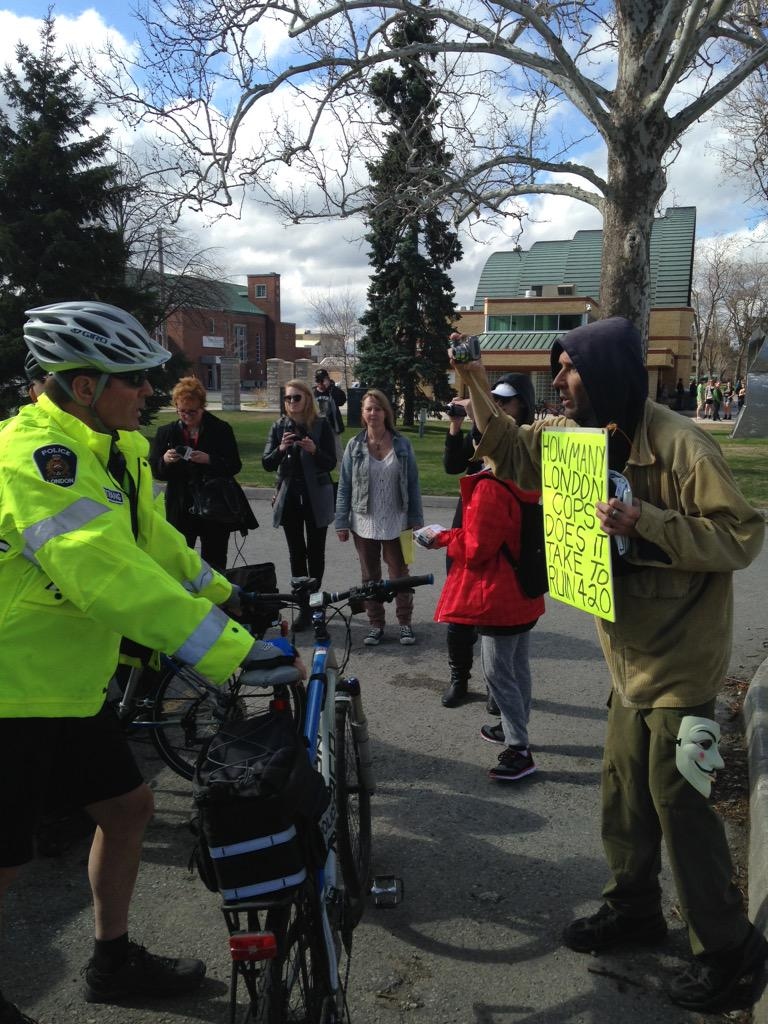 A London police officer and a protester face each other during a 4/20 rally in Victoria Park on Monday, April 20, 2015. (Reta Ismail / CTV London)

London police enforced a zero tolerance policy Monday after one man smoked pot from a pipe during a rally for marijuana legalization at Victoria Park.

Just a few dozen people turned out for the demonstration on a rainy and windy day, which was peaceful but reportedly turned somewhat rowdy when the clock hit 4:20 p.m.

The term 4/20, also known as 420 or 4:20, refers to the consumption of cannabis and identifying with the cannabis sub-culture, say police.  It includes smoking marijuana around 4:20 p.m. on April 20th.

During Monday's demonstration, police arrested one man who began to smoke pot from a pipe, which sparked anger among demonstrators.

The man could face a fine for possession. He claimed he had a medical licence to smoke, but police say he did not have the appropriate paperwork.

Protesters say the current law enforcement approach to marijuana is ineffective and counter-productive, and they questioned the police presence at the rally, which at times out-numbered the protesters.

In Canada, it remains a criminal offence to possess any amount of marijuana and under a city bylaw, smoking or holding lit tobacco within nine metres of any recreational amenity within a city park is also prohibited.