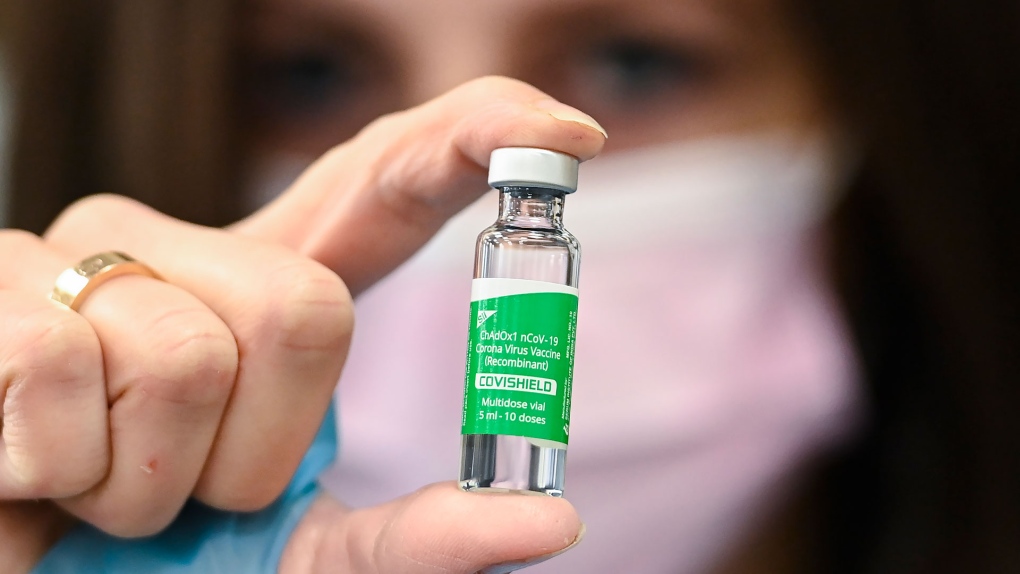 Pharmacist Barbara Violo shows off a vial of the Oxford-AstraZeneca COVID-19 vaccine after providing doses to customers at the Junction Chemist which is a independent pharmacy during the COVID-19 pandemic in Toronto on Friday, March 12, 2021. THE CANADIAN PRESS/Nathan Denette

LONDON, ONT. -- Starting this week, the province is allowing 45 more pharmacies across Middlesex-London to administer COVID-19 vaccine for adults 55 and over as it expands its pharmacy program to 700 more locations across Ontario.

All of the pharmacies will be administering the AstraZeneca vaccine, with some locations offering the shots as early as Monday while it may be awhile before others receive the vaccine.

Here's the list of participating locations provided by the province:

The Middlesex-London Health Unit says those eligible should contact the pharmacies directly to find out how to book an appointment.

"With more local pharmacies coming on board, receiving the COVID-19 vaccine will be easier and more convenient for eligible populations across the province," said Christine Elliott, Deputy Premier and Minister of Health in a news release.

"I strongly encourage everyone to get vaccinated when it's their turn. Until we receive enough vaccines so that the majority of Ontarians can be vaccinated it remains critical for everyone to continue following public health measures we know work and keep us safe."

The province now has more than 1,400 pharmacy locations offering the vaccine, and that number is expected to reach approximately 1,500 by the end of April, officials said.

To find a complete list of pharmacies in Ontario currently offering the vaccine for adults over the age of 55 including links on how to book click here.

CTV News has learned that some pharmacies included in the list provided by the province were not aware of being included and may or may not be administering the vaccine in the future. Some on the original provincial list have been removed at the request of the pharmacy.