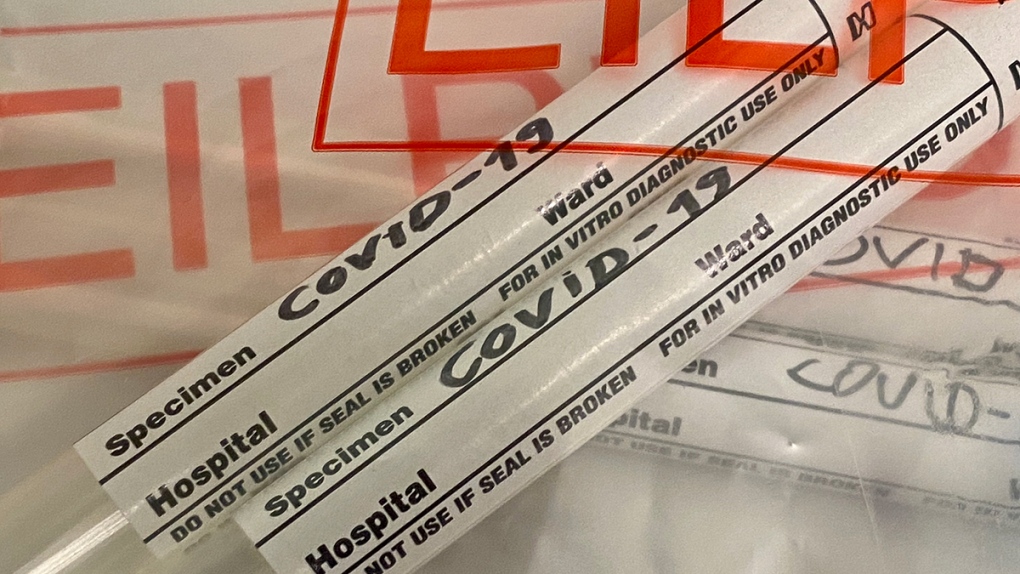 MIDDLESEX COUNTY, ONT. -- The Middlesex-London Health Unit (MLHU) is reporting a dozen new COVID-19 cases Wednesday, bringing the total in the region to 162.

There has also been another death, bringing the total to seven, while 31 people have recovered from the virus.

There have so far been no deaths in local long-term care homes, but of the total number of cases, 18 are either in long-term care or retirement homes

The health unit is now asking workers in those homes to wear masks.

The directive comes after four new cases were identified in long-term care homes on Wednesday, on top of nine identified on Tuesday.

MLHU Medical Officer of Health Dr. Chris Mackie says, "These are the folks at highest risk for developing coronavirus and having a bad outcome from coronavirus."

The Registered Nurses' Association of Ontario is also calling for healthcare workers to be restricted to working for only one long-term care or retirement home.

CEO Doris Grinspun said Wednesday, "This is expanding like fire...I don't see the firefighters coming ahead of it. We're letting the house burn and then we come in and we're trying to save some. This is more than a request, it's a plea."

Right now, workers in Ontario are encouraged, but not required, to work in only one long-term care or retirement home, she added.

Lambton Public Health, which is also dealing with a significant retirement home outbreak, is reporting just one new case Wednesday, bringing the total to 87.

There were no new deaths in the Sarnia-Lambton area, with the total remaining at eight while five people have recovered.

Updated Wednesday numbers for the rest of the region include:

Despite the slow increases locally, Mackie says, "We are at a pivotal moment...the concerning numbers come from the province...what happens in Ontario will happen here as well."

Across Ontario, there were 550 new cases and 21 deaths reported Wednesday, pushing the total over 5,000.

Mackie says the large provincial increase comes when the number of tests being done has dropped, and that is a worrying development.

He is encouraging anyone with symptoms to use the online self-assessment tool.