A petition that urges the City of London to do more to combat homelessness in our community is gaining momentum.

After only eight weeks, the petition has gained more than 1,000 signatures.

“We just need something to be done to help these homeless people,” says Lisa Sallabank, the owner of Salon Entrenous on Richmond Street. “Every morning when we show up there is someone sleeping at our door and sometimes they leave and sometimes they don’t.”

Sallabank says it’s not only an issue downtown, but across the city.

Ward 13 Coun. John Fyfe-Millar, who represents the downtown core, says the city has already allocated more than $100 million this year to deal with homelessness. 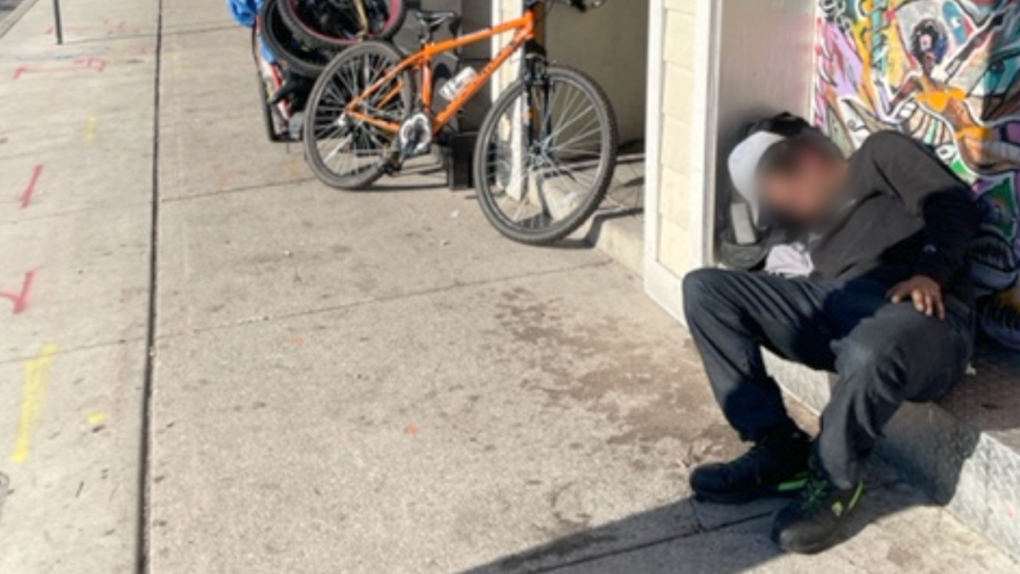 A homeless person is seen on the streets of downtown London, Ont. on September 6, 2022. (Nick Paparella/CTV News London)

“We just haven’t been able to see the return that we thought we would get,” says Fyfe-Millar.

He says because of social services, London has become a magnet in southwestern Ontario for the most vulnerable.

“Where I get challenged is when municipalities are actually physically coming here and dropping individuals off...and enough is enough, it’s not compassionate for you to take someone in crisis and send them to London, Ontario without a plan,” says Fyfe-Millar.

Sallabank is hoping something gets done and soon.

“We would like the city to create a facility that helps people deal with mental health, drug addictions and a safe place to sleep, it’s not humane for people to sleep outside,” she says.