ST. THOMAS -- More than two months after the death of a St. Thomas woman in a fiery crash, her legacy continues to lead to change.

A local campaign to put fire extinguishers in vehicles is growing into a national fight.

The objective is to change impaired driving laws, while also convincing automakers to put extinguishers in all new vehicles.

"She’s really was the driving force." 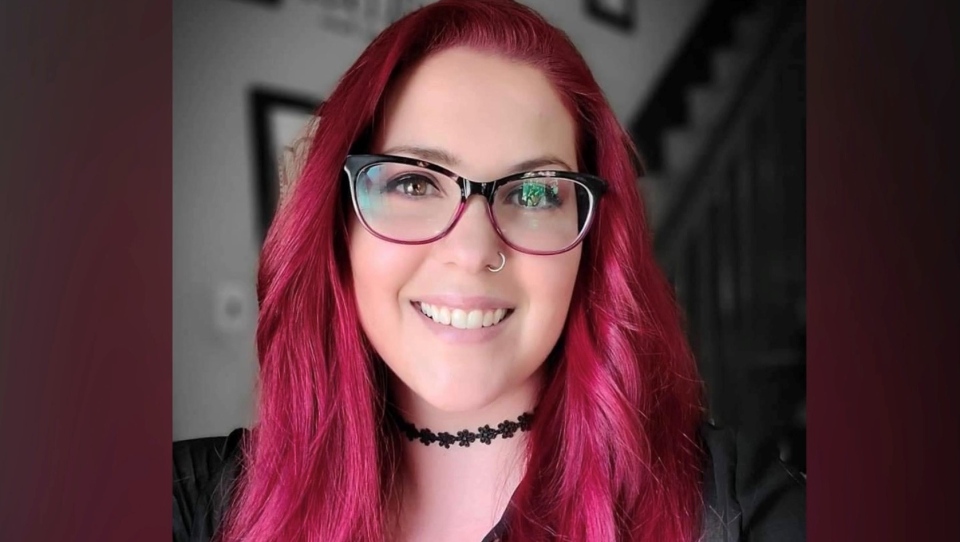 Cindy Devine died after becoming trapped in her burning car on October 2, 2020. Her loss has sparked a campaign to put fire extinguishers in every vehicle. (Submitted Photo)

Now, Christine Rozon believes her sister is watching a team of people from above.

They are all working to ensure - no one - endures a death like Cindy experienced.

She'd become trapped inside her burning car on Highbury Avenue.

A St. Thomas man faces a pair of impaired driving offences in relation to the crash.

Now, not three months later, Rozon along with St. Thomas Fire officials and resident Tony Bendel, are giving away hundreds of fire extinguishers to be placed in vehicles.

Bendel says a it’s a campaign supported by corporate and individual donations. The devices are given away during live draws held monthly, online.

"Something so simple as a $40 extinguisher. How many lives can we save?"

"It’s a good idea," states Chief Fire Inspector Bill Todd. "We’ve always promoted fire extinguishers in the home, and now trying to get them into vehicles is part of the next phase."

While the group hopes to lobby to raise penalties for impaired driving, most of all, they want more municipalities to copy their campaign. 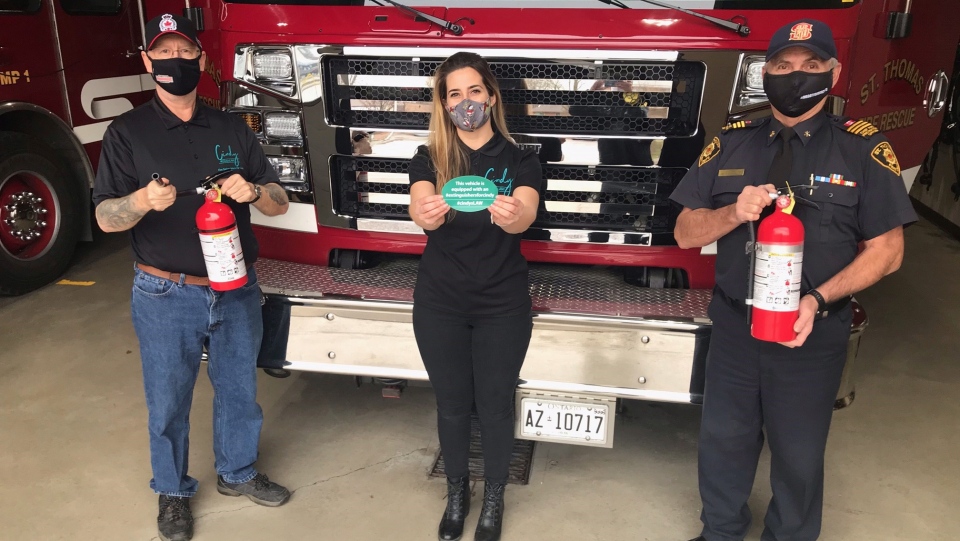 Bendel says they also want the support of automakers.

"What we’re trying to do is when the manufacturers come out with the cars, these extinguishers are already installed."

It’s a big list of changes that may take years to accomplish. But Rozon says the group is committed to the cause, in Cindy’s name.

"I know that we’re doing it for her, so everyone else doesn’t have to go through what we are going through."