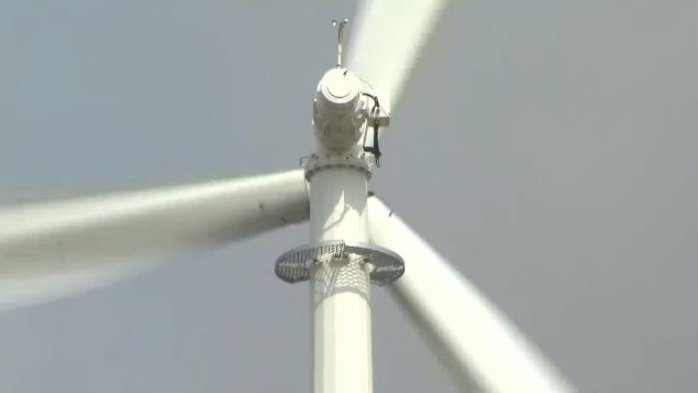 The Progressive Conservative government said the final figure, which includes the cost of decommissioning a wind farm already under construction in Prince Edward County, Ont., has yet to be established.

Associate energy minister Bill Walker blamed the previous Liberal government for signing the deals while the province had an oversupply of electricity.

"We inherited a heck of a mess from the Liberal party," he said on Tuesday. "We should have never gone ahead with the power we didn't need."

The government cancelled the contracts last July, saying the move would save ratepayers $790 million -- a figure industry officials have disputed.

At the time, the government also said it would introduce legislation that would protect hydro consumers from any costs incurred from the cancellation.

Walker acknowledged Tuesday that taxpayers, not hydro customers, will be on the hook for the $231 million the government has earmarked to pay for the cancellations.

"(The Liberals) allowed these contracts to be written stringently (and) that at the end of the day these companies do have the ability to come back and ask for costs," he said.

A spokeswoman for Energy Minister Greg Rickford said the decommissioning of the White Pines Wind Project -- a controversial development in Social Services Minister Todd Smith's riding that was halted last summer -- is still ongoing, and final costs have not been determined.

WPD Canada, the company behind that green energy project, has said that wind farm was under development for nearly a decade, and its cancellation could cost more than $100 million.

The $231-million figure was first uncovered by the Opposition New Democrats in documents detailing spending in the 2018-2019 fiscal year. The government filings list the allocation as "other transactions" but when an NDP researcher dug into the issue, the earmarked funds were revealed in more detail.

Interim Liberal Leader John Fraser said the Ford government should not have cancelled the deals.

"They're tearing up contracts and that's costing money and hurting our reputation," he said. "It's bad for business."

Green party Leader Mike Schreiner said the government is wasting money and sending the wrong signal to international investors who might want to build projects in the province.

"What does it say to those investors when Ontario is ripping those kind of contracts up?" he said.

This report by The Canadian Press was first published Nov. 19, 2019.