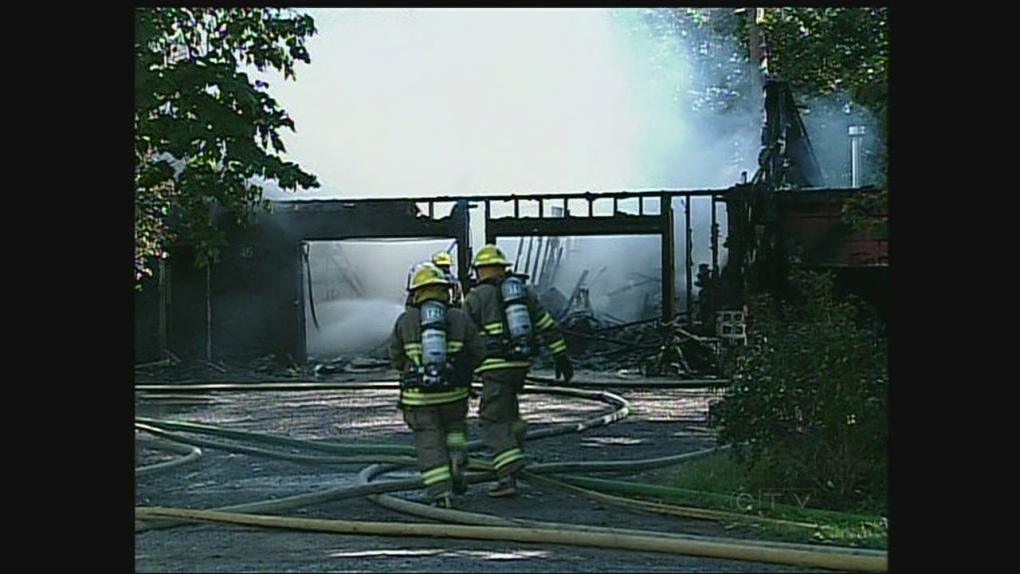 Firefighters battle a blaze at a residence on Marion Street in Dorchester, Ont. on Wednesday, Sept. 18, 2013.

OPP say a residential fire in Thames Centre that halted train traffic and closed Marion Street for several hours is not suspicious.

Provincial police, fire crews, EMS, CN Rail and Hydro One were called to respond to a fire at a home on Marion Street, east of Hamilton Crescent on Wednesday afternoon.

It apparently began in the garage area.

The homeowner had apparently stepped out when the fire broke out and there were no injuries in the incident.