A dog at the centre of a search after the vehicle he was in was stolen, has finally been found and reunited with his owners.

“At first I was like, ‘Oh, this is just another siting,’” said Austin Flegel, who admitted feeling like he’d lost his dog forever, even as his mom relentlessly continued to send him pictures of found dogs posted online.

“Every day there’s been pictures of dogs from my mom but this time, she sent me a picture and I was like, ‘Yeah, that’s him,’” he said.

Within minutes of seeing the picture Saturday morning, Flegel and his family were scouring a property next to the Can-Am RV Centre on Colonel Talbot Road in south London — and that’s where they found Jaxx.

"He was really scared,” recounted Flegel. “We'd walk up to him and try and get him but he would shy away." 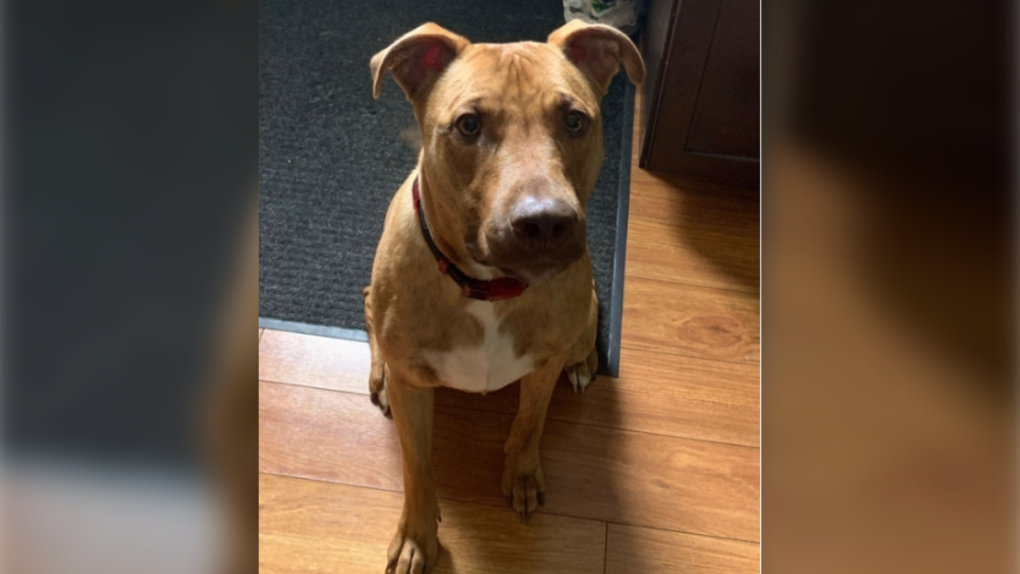 Police are looking for "Jaxx" after the truck he was in was stolen on June 6, 2022. (Source: London Police Service)

Even treats didn’t help lure him closer, so they called in help to retrieve Jaxx.

Jaxx’s original owners then came out to lend a hand.

"They showed up really quick. They were there in like 20 minutes and as soon as they showed up, they got him in like five minutes. He came to them and we got him some food and everything and he kind of relaxed a little bit,” said Flegel.

Flegel and his girlfriend had just picked him up from the previous owner less than an hour earlier and were making a brief stop at a north London pet store to get items for the newest member of their family.

"He was way too scared [to come in]. He was shaking and we didn't want to terrify him even more by bringing him inside,” the couple said on June 7.

When they came out after about five minutes, the pick-up truck and Jaxx were gone.

The truck belonged to Flegel’s parents, but his mom, Sherry, said the only was concern was getting Jaxx back and told CTV News, “It was just a breath of relief because they say it’s so small chances by the 19th day to even have a hope of getting him back. So, just a relief.” 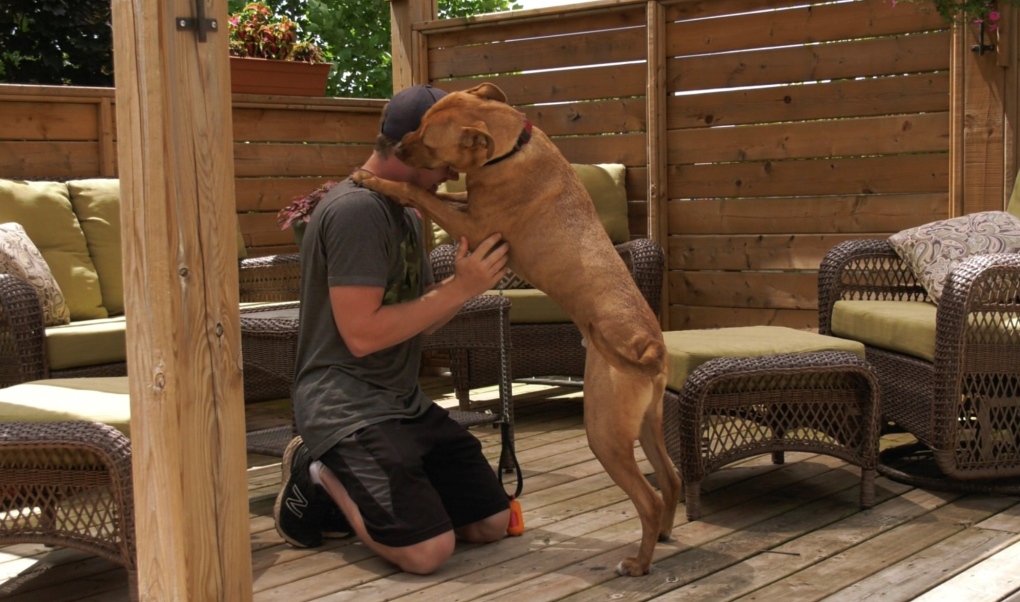 Austin Flegel gets nuzzles from Jaxx, a one-and-a-half-year-old shepherd-mastiff mix that was taken when a truck was stolen earlier in June. Austin and Jaxx were reunited on June 25, 2022. (Gerry Dewan/CTV News London)When they found him, Jaxx had lost a little weight and was covered in ticks.

“He was walking around in the brush, probably about this tall on me,” said Flegel gesturing chest-high. “So, yeah, he was covered in ticks. We pulled probably about 40 ticks off of him.”

Jaxx was headed to the vet on Monday but, by all indications, he’s doing well, other than a little separation anxiety according to Sherry Flegel.

“If Austin goes to leave he’s like ‘Wait a minute. What’s going on?’” she said.

The family said that, from now on, someone will be in the vehicle with Jaxx at all times.

In the meantime, the search for the missing pick-up continues. It’s a 2002 Chevrolet Silverado with a distinctive orange trim on the hood and grill, and license plate number AP44762.

Austin said it has been spotted in the area, but he’s putting all his focus on Jaxx.