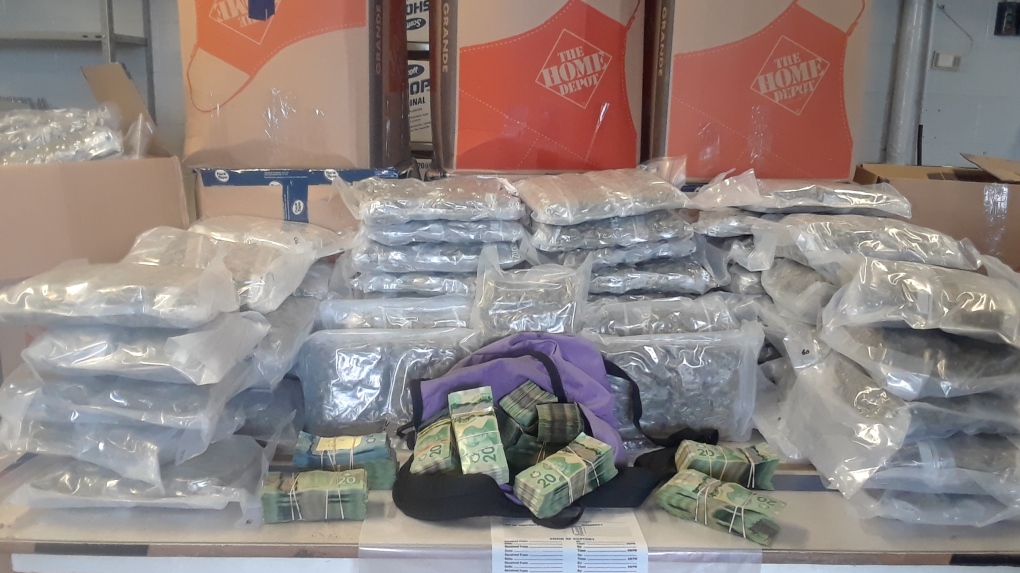 Cannabis and cash seized by police on Friday, Sept. 4, 2020 is seen in this image released by Middlesex OPP.

MIDDLESEX CENTRE, ONT. -- Middlesex OPP say a traffic stop for a driver using a cell phone led to the seizure of more than $930,000 in cannabis and cash, and charges for two people.

Police stopped a vehicle on Highway 401 at Dorchester Road around 2:30 p.m. on Friday after an officer reportedly saw a driver using a cell phone.

During that stop, the officer found about $802,000 in cannabis and $130,000 in Canadian currency in the vehicle. The two occupants were taken into custody.

As a result, a 42-year-old Toronto man and a 35-year-old Beeton, Ont. man have each been charged with possession of proceeds of property obtained by crime over $5,000 and possession for the purpose of distributing under the Cannabis Act

The Toronto man has also been charged with driving while using a hand-held device under the Highway Traffic Act.

Both were released pending a court date in November.