Did you survive Snowmageddon? County asks resident to share stories

WYONMING, ONT. -- It was a snow event like no other, a blizzard that left more than 1,500 people stranded.

It became so infamous, that it quickly gained a suitable moniker ‘Snowmageddon.’

The storm that kicked up on Dec. 12, 2010 left people seeking shelter, or worse stuck on the suddenly impassable Highway 402.

The army was called in to help, but it was the efforts of local people in Lambton County and parts of Middlesex County that shined.

“We’re trying to capture these stories from folks in the community, township officials, first responders, anyone who was impacted by this event,” states archivist supervisor Nicole Aszalos.

Since putting out the initial call just a week ago, Aszalos says a number of stories have arrived from first responders and local officials.

Some have now retired, highlighting the importance of recording the information, even though just 10 years have passed.

“We’re capturing that now, so we can have a better understanding in the future,” said Aszalos. 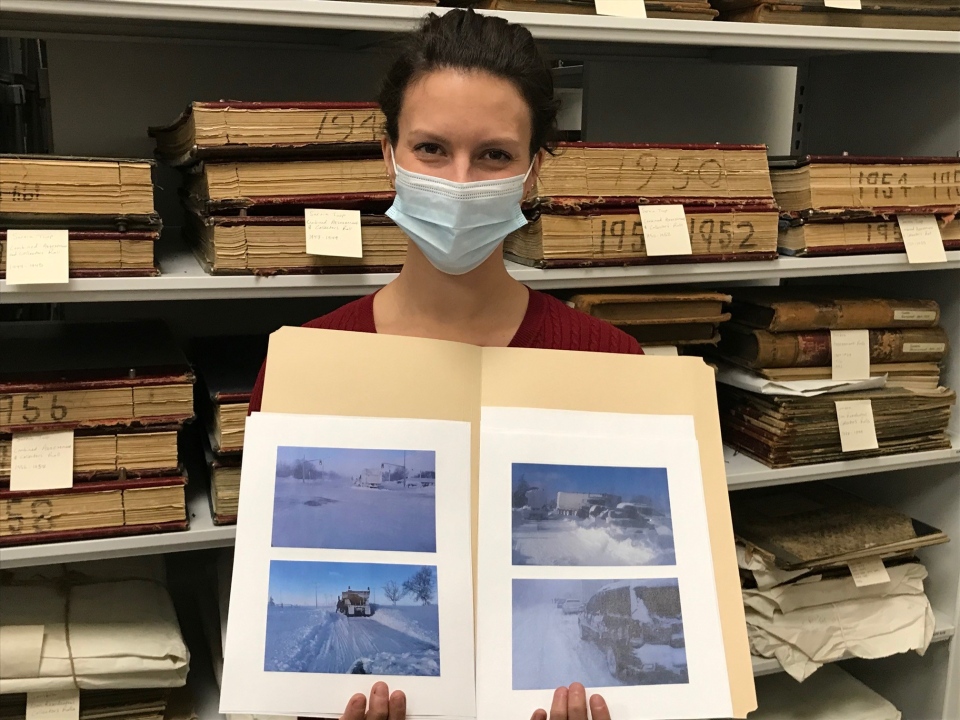 Members of the public have also begun sending in stories.

One documents the tale of a rural couple who suddenly had more than two-dozen snowed-in travellers appear at their door.

It reads in part, “My husband and I rescued 30 people into our home, including truck drivers from Chicago, and a Russian boat captain trying to get back to his ship in Sarnia. We fed people with everything we had in the house, plus coffee.”

Along with asking for memories, Lambton County is also holding an online forum this Wednesday at 7 p.m., with some of the key players involved in the rescue.

Information on how to participate can be found here.

The goal of the session is not entirely to stir up reflections, but to discuss what’s already changed, and what needs to change to prevent a future storm from putting motorists in peril.

That includes what should go inside a roadside emergency kit and a reminder about the most important lesson learned.

“Always making sure during a snowstorm you have a full tank of gas, because you never know if you get stranded, or something might happen.”

In a telephone interview, that was the key message of Chris Martin. He was an OPP staff sergeant and incident commander during Snowmageddon.

Martin says he often thinks about the “eeriness” of the event reflecting on one particular situation.

During the aftermath of the storm, he had no choice but to drive the wrong way, just to document how many vehicles had been abandoned.

“It was quite a sight to see,” he reflects.

Martin will be part of the online panel discussing the aftermath of the storm.

He says emergency kits and gas are keys to survive when the next Snowmageddon arrives.

He also thinks pubic reaction will be different come then.

Pointing to the advent of social media, he believes police and other agencies would be better able to alert motorists to stay off the road, as sudden storms develop.

“The message would have spread faster,” he concludes.