Zwena Gray is discovering Southern Ontario, one step at a time.

“Driving it is totally different than walking it. My feet definitely feel that,” said Gray.

The Detroit native isn’t just out for some exercise, she’s attempting to partially retrace the steps of those who used the Underground Railroad to escape American slavery and find freedom in Canada.

“I’m on a trail for 900 kilometres. People didn’t even have a trail when they were doing the Underground Railroad. To be fair, it wasn’t really, anything like this experience,” said Gray. 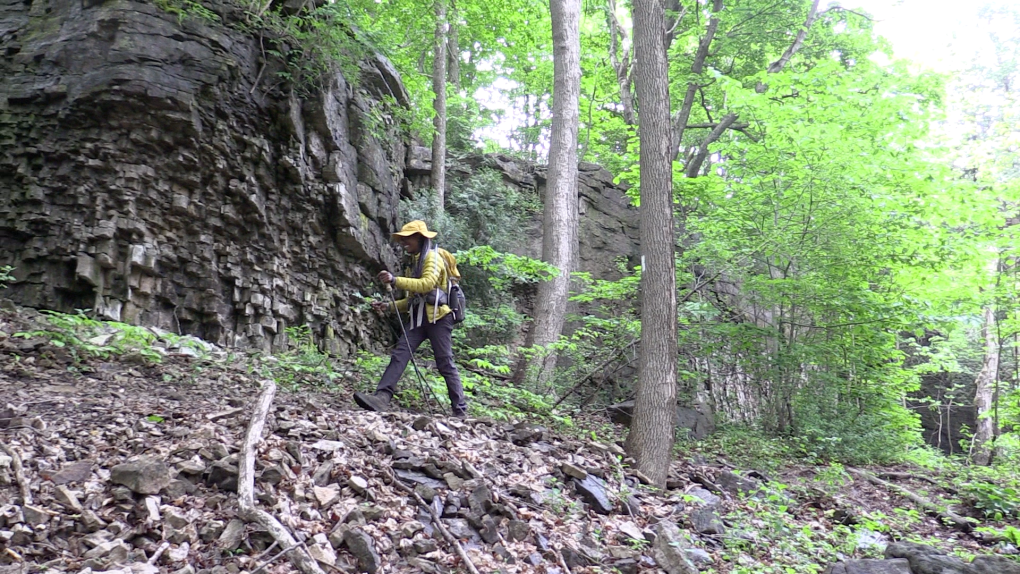 The penultimate stop in Gray’s journey is in Owen Sound, considered the northern most terminus of the Underground Railroad, where many escaped slaves settled in the region. At one point, 10 per cent of the area’s population was African-American.

“Which means people have been coming here via that route since the 1830s, 1840s, and in greater numbers as we approached the 50s and 60s, when the Civil War was on,” said Blaine Courtney, whose great-grandfather came to Owen Sound via the Underground Railroad, and now chair’s Owen Sound’s Emancipation Festival.

During her stop at Grey Roots Museum’s Underground Railroad display Thursday, Gray says she learned much more about the harrowing journey and its ultimate finish in Grey County. 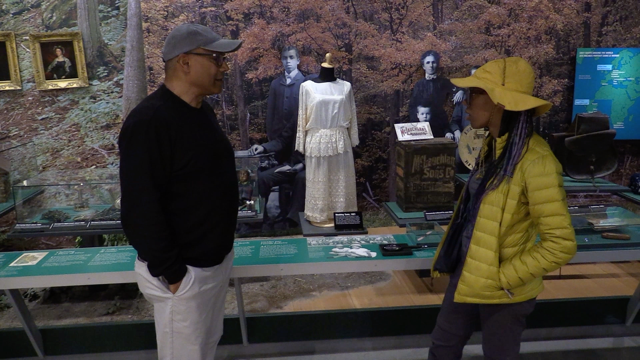 Blaine Courtney, of the Owen Sound Emancipation Festival talks with Zwena Gray, who is retracing part of Underground Railroad by walking 900 kilometers of the Bruce Trail, at the Grey Roots Museum near Owen Sound on May 26, 2022. (Scott Miller/CTV News London)

“It’s really powerful to be in this space and see so much of the history,” she said.

Gray has one week left in her six week journey on the Bruce Trail. While the famed trail doesn’t directly follow the Underground Railroad, its symbolic distance and treachery mirrors the perils her ancestors endured to reach freedom nearly 150 years ago.

“It’s just a privilege to be out here,” said Gray.

Canadians on TikTok open their doors to Americans seeking abortions

With the overturning of Roe v. Wade opening the door to abortion bans in the U.S., Canadian Tiktokers are welcoming Americans who are considering travelling north of the border to get an abortion.

Prime Minister Justin Trudeau announced more money for Ukraine -- including a $200-million loan through the International Monetary Fund -- at the end of the Group of Seven leaders' summit in Germany.

Ontario Premier Doug Ford defended his decision Monday to name his nephew minister of citizenship and multiculturalism, saying the newly elected legislator has spent years representing one of the most diverse communities in the province.

Ontario's police watchdog is investigating after Ottawa police officers shot and killed a man and injured a woman while responding to the stabbing deaths of two women.

Following the U.S. Supreme Court's decision to overturn Roe v. Wade, a number of states south of the border have stopped performing abortions. If you're a Canadian who has had an abortion, CTVNews.ca wants to hear from you.