The Ward family started their own Go Fund Me account. It has raised over $10,000.

The Wards have been living in a south London hotel room since October when they says their landlord told them to leave because he was moving in. The family says he never did.

The Wards are father Brandin, mom Christina, and four children, Abigail, Teagan Lucas and Lealand. Lealand, who is  ten, is disabled.

“The whirlwind of support we have received is humbling to say the least. We’ve been moved to tears with the blessings and generosity. From the bottom of our hearts, we want to thank everyone who has reached out to us during our time of need”.

Until the generosity of the public arrived the family’s income, Brandin tells CTV News, came only from the disability support Christina receives and the Canada Child Tax Benefit.

Brandin says he had worked until shortly before the pandemic, but had stopped to aid his wife with the children, especially Lealand.

Over the summer he began looking for work again, but has been unsuccessful.

As money ran out and the family become overwhelmed with living in a two-bedroom motel room, Brandin reached out to CTV News. In his message, he suggested he may have to drop his children off at local children’s agency, in an act of desperation.

In a later on camera interview, he was emotional when describing the impact of homelessness on his children.

“I don’t expect them to be ok with the situation. I just want them to have a place to live for Christmas and I don’t want my kids to be stressed out cause we have to live in a hotel for the rest of our lives!”

While the Wards now have the support of the community as Christmas approaches, there are many other families who don’t share their struggles publicly. Like the Ward’s they need short and long-term solutions to homelessness.

But where can they turn?

All community agencies responding to homelessness are practicing ‘shelter diversion’.

It is an action to help individuals and families stay in their own homes, or to help find them another.

Shelters, as Gordon Russell of London’s Mission Services states, are utilized “if all else fails.”

The Wards says they contacted the Rothholme Family Shelter, operated by Mission Services, three weeks ago.

Brandin says he was told the facility was full.

Russell says that may have been true at the time, but as of Friday he says there were spots available, for a family in a situation like the Wards.

However, he could not comment specifically about the family, citing privacy reasons that are common in social services.

Russell says a family in need should reach out frequently to see if space is available and formally sign up for help. 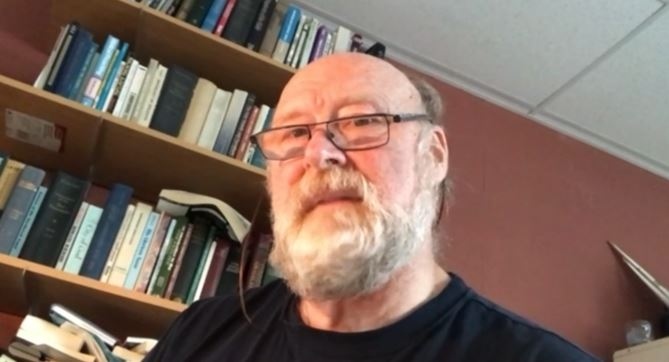 Gordon Russell, the Director of Shelters for Mission Services London is seen in a Zoom interview with CTV News.

“If there was a family in that circumstance, I would say keep calling us, and we’re going to work whatever we work to get you out of that particular circumstance.”

Russell also encourages families like the Ward’s to seek shelter diversion workers with Mission Services or the City of London.

Craig Cooper, the head of Homelessness Prevention for the city agrees, saying the diversion workers are there to help navigate the system within the quickest timelines possible.

Still, he acknowledges the pandemic put new pressures on supports, not the least of which was reducing the capacity of city’s only family shelter, Rothholme, from 20 to just 10 families.

That forced the city to place some in hotels.

“We no longer have ten families in shelter. I know we moved the last family out of the hotel, last week, I believe.”

The shelter provides meals and a better place for families to stay temporarily.

Both Cooper and Russell both acknowledge the long-term goal is to get families into their own permanent accommodations.

Until August, the Ford government had a moratorium on all evictions in Ontario, in response to the COVID-19 pandemic.

But as supports begin to run dry, more and more people are going to end up in a situation like the Wards according to Kenneth Hale of the Advocacy Centre for Tenants in Ontario. 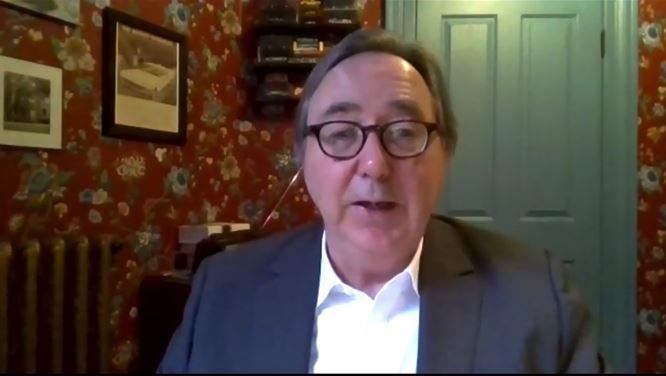 Until the pandemic hit, some of the pressure on families in need was eased by staying with relatives or even couch surfing, but Hale says that’s now out-of-the-question.

He predicts it will not be long before hotel/motels are utilized again.

It is a situation he feels is dangerous and unsustainable.

“Having people moving from motel to motel, leaving a safe home is not good for public health, as well as the devastating impact it may have on the individual family.”

Hale says his group looks to educate families before they end up in a situation of being forced into a motel room.

If a landlord forces eviction, for a reason a tenant believes is unfair, he suggests they contact a public legal clinic (in London Neighbourhood Legal Services) and challenge it right away.

“If you just accept and move. you could end up in the horrible situation these people (the Wards) are facing.”

Thankfully, because of a community rally, the Ward’s are in a better spot for Christmas and will stay together, Brandin confirmed to CTV News Saturday.