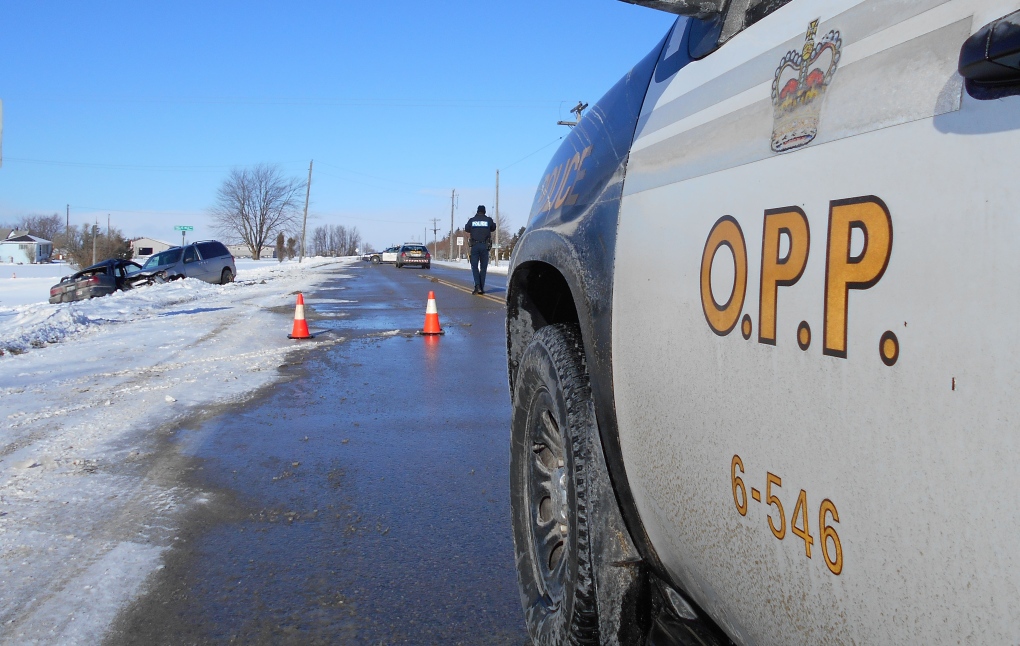 Middlesex OPP closed Denfield Road northwest of London for much of the day after a two-vehicle crash on Monday morning.

Police were called to Denfield Road at Twelve Mile Road in Middlesex Centre around 9:15 a.m.

Officials say a car travelling westbound on Twelve Mile Road collided with a passenger van that was southbound on Denfield Road.

An elderly male driving the car was transported to hospital with non-life-threatening injuries. There were no passengers in the car.

The two occupants of the van were treated at the scene and released.

By Monday evening, OPP had charged the driver of the car, 84-year-old Garnet Bloomfield of Middlesex Centre with failing to stop at a stop sign.