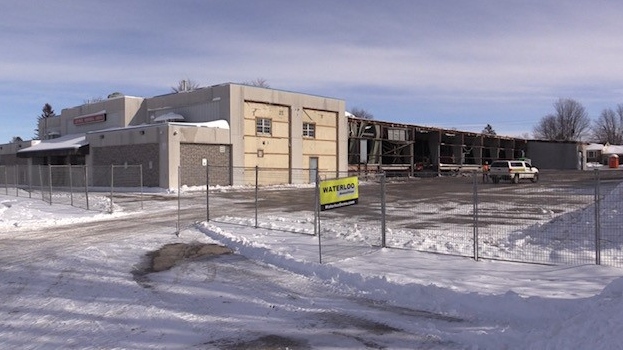 LISTOWEL, ONT. -- The walls are coming down at the Listowel Memorial Arena. Demolition on the over 60-year-old structure began Tuesday morning, and is expected to be completed no later than April.

Listowel’s Memorial Arena is more than just another arena.

On Feb. 28, 1959, the roof of the Listowel Memorial Arena collapsed, killing seven peewee-aged hockey players, and their coach. The arena that stands here now was built in its wake.

Following the construction of a brand new arena in Listowel, North Perth council decided it was time for the Listowel Memorial Arena to come down.

Although exactly what will happen to the land the Listowel Memorial Arena sits on has yet to be decided.

Some “active recreational space” will remain on the site, as will some sort of memorial to the young lives lost over 60 years ago.

“I have every assurance that what will be done at the current site, the site we are replacing, will be done very tastefully and appropriately for our community,” says Municipality of North Perth Mayor, Todd Kasenberg.

It’s believed as many arena materials like the benches and boards will be salvaged and possibly made available to the public.