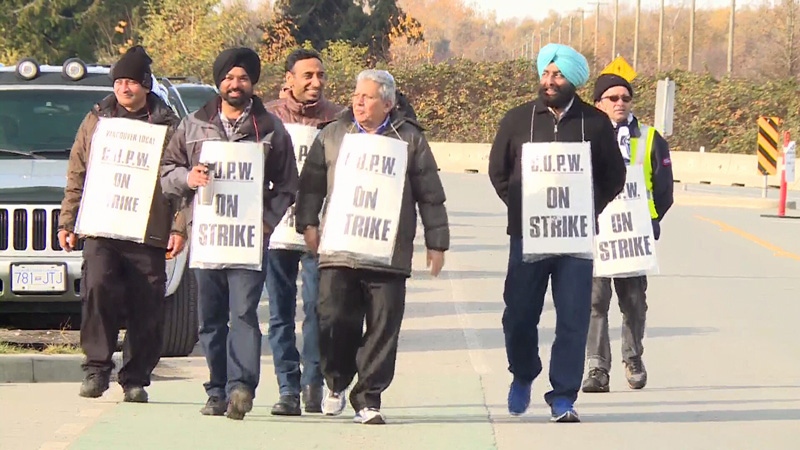 Canada Post workers picket outside of the Pacific Processing Centre in Richmond, B.C. on Monday, Nov. 12, 2018.

The Crown corporation says members of the Canadian Union of Postal Workers walked off the job Tuesday morning in Toronto and at its distribution centre in Scarborough, Ont.

Rotating strikes have also resumed at locations in Nova Scotia, including Halifax, as well as at a processing centre near Vancouver.

Canada Post says the Vancouver shutdown will cause significant service disruptions and add to a backlog of trailers filled with parcels that have yet to be sorted for distribution.

The strikes are restarting after workers put down their pickets Monday in recognition of Remembrance Day.

The postal union's national president, Mike Palecek, said Monday that contract talks made little progress in recent weeks despite the presence of a special mediator whose mandate expired on Sunday.