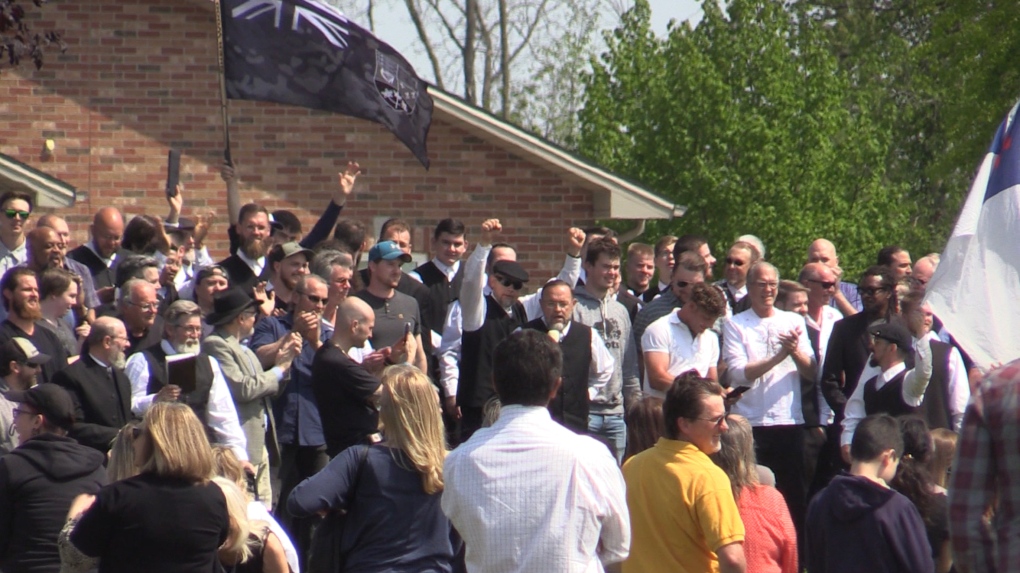 Hundreds gathered for an outdoor service at the Church of God in Aylmer, Ont. on Sunday, May 16, 2021. (Brent Lale/CTV London)

Days later a massive outdoor service was held, and now the church has been hit with thousands in new fines.

On Monday Justice Bruce Thomas ordered $66,000 in new fines against the church in relation to the outdoor service that saw roughly 500 congregants on May 16.

Another outdoor service was held the following Sunday in which roughly 300 people attended.

In both cases charges were laid under the Reopening Ontario Act.

After being found in contempt the church was ordered closed for repeated violations of the act.

Meanwhile a video of a rally in Woodstock Sunday was posted to the facebook page of Pastor Henry Hildebrant.

Charges are pending for that gathering in which 300 people took part.