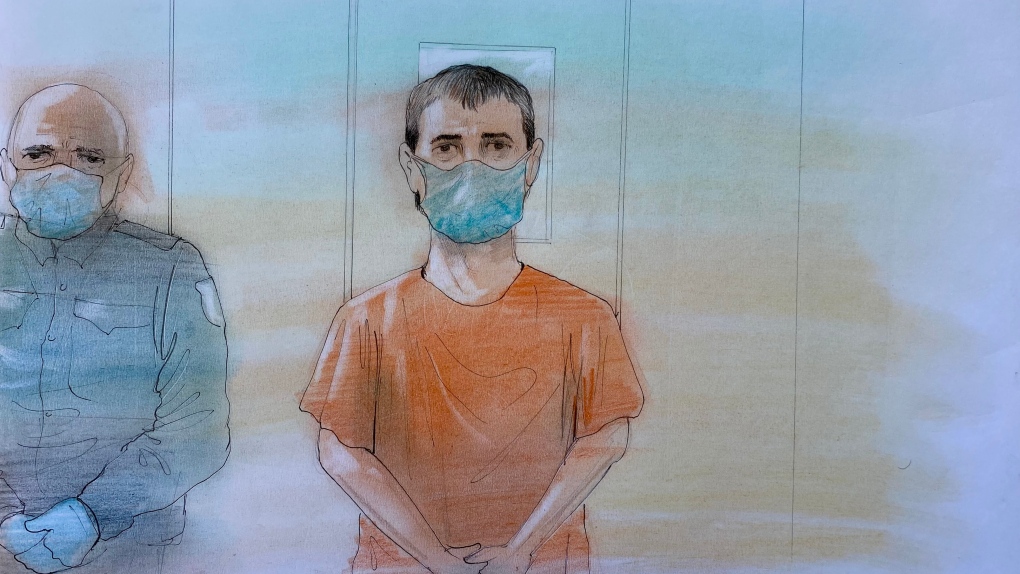 Nathaniel Veltman,20, is pictured in this sketch from his virtual appearance in court on June 6.
London, Ont. -

Veltman appeared for less than five minutes via video from the Elgin Middlesex Detention Centre wearing an orange jumpsuit and a mask.

His defence team told the court they need more time to request and receive disclosure surrounding the case.

Veltman is charged with four counts of first-degree murder and one count of attempted murder in the June 6 attack that police say constituted terrorism.

The Afzaal family was walking on Hyde Park Road at South Carriage Road when they were struck by a pickup truck.

Veltman was remanded in custody until his next court appearance Nov. 17.