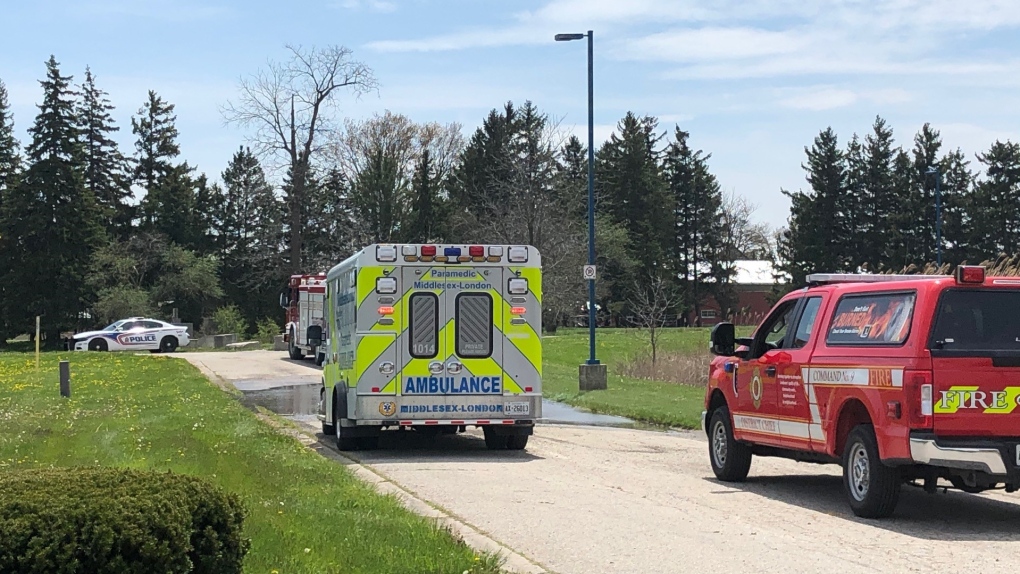 London police, paramedics and fire crews respond to the scene at the Best Western in London, Ont. on Tuesday, May 19, 2020. (Jordyn Read / CTV London)

LONDON, ONT. -- The discovery of explosives at a south London residence near Colonel Talbot Road and Burtwistle Lane prompted emergency crews to be called in around noon Tuesday.

Jay Burtwistle, the owner of the property, had a crews clearing out the contents of his home when they found dynamite that had been stored there 40 years before.

“That product had been stored by my late father who used dynamite 40 years ago to blast tree stumps for land clearing projects,” explains Burtwistle.

“He put it away because he thought he might need it again sometime, 40 years later we stumbled upon it.”

Burtwistle found the dynamite in an upper storage hallway in the back of the house where no one could stumble upon it. He then took the dynamite and placed it in a shed on the property.

Officials say handling of explosives of any kind is not recommended.

The dynamite was disposed of in a fire pit nearby, which caused some significant smoke in the area, made worse by the windy weather.

London police had started staging in the parking lot of the Best Western Stoneridge Inn shortly after one o'clock Tuesday afternoon, prompting conflicting reports about the seriousness of the incident.

They were joined by crews from the London Fire Department and Middlesex-London EMS, and the Emergency Response Unit was called to the scene at around 3 p.m. Members of the tactical unit are trained in disarming explosive materials.

Burtwistle says the emergency crews responded very quickly, and the team, “really knew their stuff to make sure there was no damage to people or the property.”

He said he was aware the dynamite was in his home but hadn’t found it until now.

Most crews had cleared the scene by around 6 p.m.